The Catholic Church a “Compassionate NGO?” 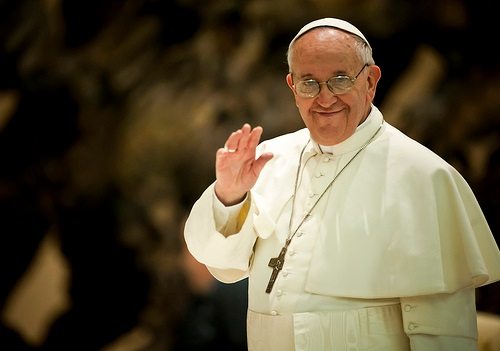 The election of Pope Francis, the former Cardinal Jorge Mario Bergoglio of Argentina and the first Pope elected from the Jesuit order, may be a signal that the Roman Catholic Church is ready to reform its bureaucracy. It is less certain whether it might also reform its ideology in the face of powerful, often liberal, changes in beliefs and practices among the Catholic faithful worldwide. It is common knowledge that the Catholic Church is facing declining adherents and challenges to the Church’s power in all corners of the world, stemming from a multitude of child sex abuse scandals, a call for the reworking of the Curia, the Church’s governing body, and accusations of shady dealings at the ultra-secretive Vatican Bank, among other controversies.

Pope Francis has the reputation of a doctrinal conservative in signal matters such as sexuality but is also known for a focus on social justice, although there are equally vocal accusations that he was passive as a Church leader in Argentina during the so-called “Dirty War” of the 1970s and early 1980s in which some 30,000 Argentineans became “the disappeared.” At his inaugural Sistine Chapel Mass, Pope Francis made it clear that the fundamental loyalty to Jesus Christ is what distinguishes a civic-minded religion from being just another large nonprofit: “If we do not confess to Christ, what would we be?” the new pontiff asked. He answered himself by saying “We would end up a compassionate NGO. What would happen would be like when children make sand castles and then it all falls down.”

Laying oneself bare to Christ may seem like an obvious prescription for the Catholic faithful, but it may generate more traction coming from a new messenger. Pope Francis is likely trying to stem the tide of bad press for the Church and remind the faithful that the Church is still alive and has a legitimate purpose in spite of its perceived and actual failings. The Jesuits have often been lauded as savvy communicators, and Pope Francis signaled that he will utilize the power of his office to establish more favorable press relations with a quick summoning of Father Federico Lombardi, the head of Vatican Radio and the Vatican press office. Pope Benedict, whose governing style seemed more close to the vest than Pope Francis seems to intend, cast Lombardi aside. What do you who are working with Catholic charities make of Pope Francis’ emphasis on the distinction between the work of the Catholic Church and the work of compassionate NGOs? –Louis Altman