Foundations and Joint Chiefs Meet on Challenges in Veterans Philanthropy 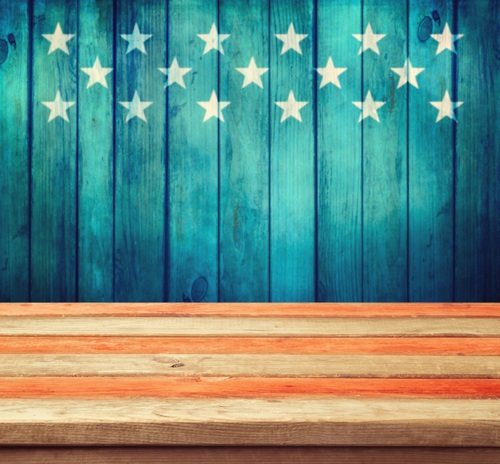 For veterans coming home from America’s longest war ever—Afghanistan—and from the war in Iraq, the conditions are mixed when it comes to charity and philanthropy. To its credit, the Council on Foundations is trying to do something about that with the establishment of a “Community of Practice” on veterans’ philanthropy.

At the Council’s community foundations conference in San Diego this week, the logical connection to military and veterans’ issues was obvious. San Diego has one of the proportionally highest active duty populations in the U.S., with the presence of multiple Navy, Marine, and Coast Guard bases and facilities and the nation’s largest military population housed in group quarters. Combining active military and civilian employees of the military plus persons in the Reserve and National Guard, there were more military civilian people in installations in California in 2009 than in any other state.

All isn’t necessarily good for veterans in philanthropic circles—or in society overall, for that matter. A smaller and smaller proportion of the American population serves in the military; since the end of conscription in 1973, it’s now only 0.5 percent of the population, compared to 12 percent during World War II, over two percent of the population during the Korean War, and just under two percent during the Vietnam War. In Congress, a very small proportion of senators and representatives are military veterans, and we would guess that the percentage of foundation leaders and professional staff with military connections is pretty small as well.

While in San Diego, the participants at the Community Foundations conference get to have a tangible connection to a concentrated presence of members of the military and their family members, but for most of philanthropy, people in the military and recent veterans of the Afghanistan and Iraq drawdowns are a population known from watching the evening news rather than from direct contact. It’s just a fact, a matter of numbers. It makes the need for the Council on Foundations to promote philanthropic support for veterans’ needs critically important, because most philanthropists are unlikely to have the tactile relationship with veterans that they have with other populations and other subject matters, such as health, education, housing, and the environment.

An indication of the challenge at the intersection of charity and veterans can be seen in this year’s Combined Federal Campaign, the charitable fundraising effort conducted among federal government staff, including people in the military. This year, for the 52nd annual Combined Federal Campaign, the fundraising target for the National Capital Region CFC has been shaved from the $15.2 million that was raised last year to $12.5 million this year, an 18 percent reduction. Of the two federations of military-related charities that participate in the CFC—which, by the way, are eligible for donations from military and non-military personnel in the campaign—Military Family and Veterans Service Organizations of America (representing 71 charities) reported that its charitable receipts were down 16.6 percent in 2012 from the previous year. (This was the first year for the Military Support Groups of America federation, representing 51 charities, so there is no comparative data.)

These charities are part of what Admiral Mike Mullen called a “sea of goodwill” of community leaders and local charities that want to help returning veterans transition back to civilian life. The sea of goodwill, however, is confusing for individual donors and institutional givers. Mullen and others suggest that there are 40,000 charities in the U.S. that purport to be dedicated to serving veterans and their families. That doesn’t count the numerous organizations that aren’t specifically dedicated to serving veterans, but do so anyhow because, when they offer housing, employment, and health programs, the users include both non-veterans and veterans. Navigating this sea is difficult, leading institutional givers to say that they value and appreciate the contributions of veterans in this nation’s overseas wars, but in terms of their grantmaking, they don’t “do” veterans.

That’s one part of the challenge. Another is the social and physical distance of most Americans from veterans. As former Defense Secretary Robert Gates said not long ago about the American public, “Whatever their fond sentiments for men and women in uniform, for most Americans the wars remain an abstraction, a distant and unpleasant series of news items that do not affect them personally”. As a result, the needs of veterans who return from Iraq and Afghanistan with Post-Traumatic Stress Disorder (PTSD) or traumatic brain injuries (TBI) often go unmet. Numerous sources debate the extent of PTSD and TBI among returning Iraq and Afghanistan veterans, but figures estimating no less than 20 percent having PTSD are probably low, considering about half of veterans with PTSD do not seek treatment. Citing Veterans Administration numbers, Mother Jones reports that 239,174 veterans who have been diagnosed with PTSD, apparently over 228,000 o