The Council on Foundations’ Take on What’s Happening in Washington 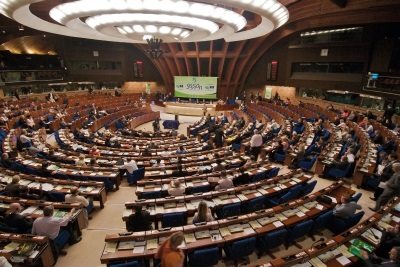 Longtime philanthropic observer and activist Michael Seltzer wrote a “dispatch” from the Council on Foundations conference in Chicago to remind us of the need to support “possibilists,” a term he ascribes to University of California at Berkeley professor john powell, but which goes back more than a century and a half to French labor activists who aimed at trying to achieve the possible rather than simply wait for the impossible. How prescient of Seltzer to remind foundations and nonprofits that they do have to deal with political and economic realities, but perhaps ought to be expanding their vision and the boundaries of what is possible and supporting those who will act.

That is doubly difficult when applied to foundation engagement in public policy. What is possible for philanthropy in light of concerns such as the dynamics of tax reform, which could engulf issues of charitable giving and philanthropic grantmaking? A panel of four Council of Foundations staff members, led by COF’s new VP for public policy, Sue Santa, walked the workshop quickly through a number of issues. Having held roughly the same position for the Philanthropy Roundtable, Santa knows her way around Capitol Hill and speaks with knowledge—whether you agree with all of the Council’s policy platform or not—of how Congress and the White House function.

Without trying to repeat everything that Santa and her colleagues had to say, here are some headlines and comments:

How does Congress make policy? Santa underscored that much congressional activity is decided by “the leadership,” bypassing the regular order of how Congress is supposed to work—topically focused committees holding hearings, generating legislation, etc. Citing an April 7th Wall Street Journal column co-authored by Max Baucus (D-MT), chair of the Senate Finance Committee, and Dave Camp (R-MI), chair of the House Ways and Means Committee, Santa suggested that tax reform might be a policy process that returns to the regular order. Both Baucus and Camp assert that they’re strongly dedicated to making tax reform happen.

Charitable deduction cap. The President’s new FY2014 budget proposal revives the President’s suggestion of a 28 percent cap on the charitable deduction (on all itemized deductions, actually), though the cap  has failed every year that he has proposed it previously. Neither the House (Ryan) nor the Senate (Murray) budget include any specific statements about changing the charitable deduction, but Santa characterized the Senate budget as portraying fiscal targets that would seemingly require changes in the tax treatment of itemized deductions, and the House budget, given Ryan’s objective of lowering tax rates and broadening the tax base, as meaning that the nation would have to get rid of a number of deductions and exemptions.

Sequestration. Noting that COF hasn’t taken a position on the sequester or on spending in general, Santa discussed the “panic” around it, noting that the sequester would not have the effect of shutting down government like other financial crises, such as the potential of failing to come up with a continuing resolution, would. She questioned how much of the panicked discussion of the sequester was reality versus “optics.” While not taking a position specifically on spending, Santa says that the Council does use the sequestration cuts as part of its statement that, if the charitable deduction were to be modified, charities would be facing a “double whammy.”

Charitable giving floor. Santa acknowledged NPQ’s question about the proposal of a “charitable giving floor” for deductions, an idea that was discussed at the February 14th House Ways and Means Committee hearing on the charitable deduction. The idea was discussed in the first panel at that hearing, particularly by Urban Institute economist Eugene Steuerle and Catholic University of America law school professor Roger Colinvaux, and seems to be gaining traction in some circles. Santa said that researchers are currently looking at the idea, though she has concerns that a two-percent floor might adversely affect middle-class charitable donors, citing concerns about donors who make charitable gifts in the workplace. Of course, the reality is that people who give through their workplaces (or payroll deduction donors) tend to be the most charitably generous people in the nation, year in and year out, without the requirement of, or expectation for, charitable deductions.

Hierarchy of charitable giving. Showing the clip of Congressman Charles Boustany (R-LA) suggesting that there should be a greater charitable incentive for gifts to U.S. nonprofits that spent at least half of their resources in the U.S., Santa signaled concern about Congress taking an interest in decreasing the incentive for giving outside of the U.S. and increasing the incentive for domestic giving. Nonprofit Quarterly signaled its own concern about the isolationism embedded in Boustany’s silly idea, but Santa noted that it is only one of a number of suggestions that Congress might consider for the deduction in the context of tax reform, such as prioritizing charitable giving for basic needs or the poor. That being said, the Council has to be aware that its message often highlights its support for the poor—think of Kevin Murphy’s exceptionally articulate statement on behalf of the Council at that same hearing; think of many of the presentations at the annual meeting’s plenary sessions—while we know that the bulk of philanthropy doesn’t go in that direction.

A final note. It takes us to a point raised from the audience by Claudia Herrold of Ohio Grantmakers. The charitable-giving advocates are sticking to a position of “do no harm”; that is, don’t alter the deduction because alterations would inevitably result in decreased giving. Herrold, meanwhile, noted that lawmakers, while not inclined to touch the deduction, do hint at, if push came to shove behind closed doors, what changes the charitable sector might be willing to accept. Sometimes, in the horse-trading of politics, “do no harm” gets pushed into a corner of “avoid as much harm as possible, if you can.”—Rick Cohen