The Danger of Conflating Taxes and Charitable Giving 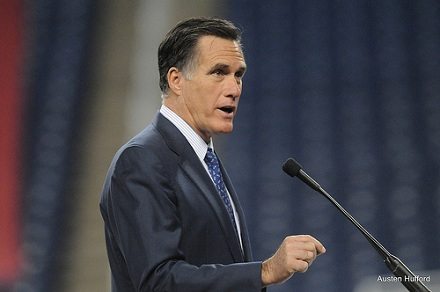 A headline for The Examiner reads, “Taxes, charity cost Romney 57.9 percent of income.” The article by “Washington Secrets” columnist Paul Bedard notes that the former governor of Massachusetts and Republican presidential candidate “was so generous that he kept just 42 percent of his income.” This may be seen as a counter-argument, in some circles, to President Obama’s contention that it is outrageous that the wealthy Romney pays taxes at a 14.1 percent rate that is much lower than the average American taxpayer’s rate. David Marotta of Marotta Wealth Management says, “Giving $2.3 million to charity certainly should not be the basis of any criticism. It is money the Romneys did not keep for themselves, so I am counting it with the money lost to taxes.”

The former sentence sounds fine but the latter only makes sense if considered narrowly from the Romneys’—and not society’s—point of view. It is, admittedly, a simple point, but one that bears mentioning whenever such an argument arises: While charitable is entirely directed by the single giver, money taken via taxes is stewarded by a government elected by the people. Hopefully, that government is responsive to the needs of its citizens and the tax funds go where they’re most needed. If that doesn’t work, voters can cast their elected officials out next election.

It bears repeating over and over and over that charitable giving and paying taxes are not interchangeable as social acts. Charitable dollars may be given to your church, your old prep school, or the local hospital that took such great care of your mother. Taxes get distributed through some semblance of public discourse. It’s humbling, we know. We do not love everything some of our tax dollars go to, either. But to push the point a bit further, NPQ has often noted the concerns of some observers that large charitable donations in public systems could actually hijack democratic decision-making about critical concerns. The distinction between charitable giving and obligated tax dollars should be noted as major. Excuse us for stating the obvious, but if The Examiner isn’t going to do so, we felt compelled to offer a reality check here. –Mike Keefe-Feldman