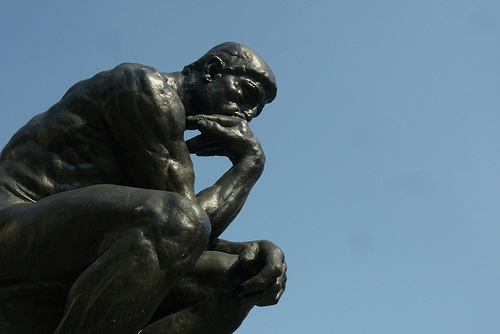 In the wake of the reported multi-foundation deal to bail out the Detroit Institute of Arts, or at least to prevent the DIA from having to sell a big chunk of its collection to deal with the City’s pension fund crisis, it is inevitable that the DIA is going to get some attention to its finances. While the DIA as a city institution might have been on the hook for a big chunk of Detroit’s path out of bankruptcy, 10 foundations came together to create a pool of funds—currently at $370 million—to alleviate the financial pressure on the DIA and help the city’s pension deficit.

The Detroit News reports that despite the fragile fiscal picture of the city, the Detroit Institute of Arts was relatively generous with its executive staff. Journalist Robert Snell says that in the years since 2010, the DIA gave a housing loan of $155,832 to the museum director, Graham Beal, and overall awarded salary and compensation increases to top executives of 17 percent, “substantially greater” than the increases to executives at the Henry Ford Museum in Dearborn and at the Detroit Symphony Orchestra. In the mix of executive compensation was more than $130,000 in bonuses, of which $103,000 went to Beal. While the execs’ compensation increased 17 percent, other salaries and wages of staff at the DIA increased by only 4.5 percent.

Even though the foundation deal effectively protects the DIA collection from some of the pressures of the city’s bankruptcy, experts suggested that the DIA’s spending will get “increased scrutiny” as the state and federal mediators in the bankruptcy examine details of the foundation plan. “To the extent foundation and state money is made available, it would seem to me (the DIA) would get a pretty high level of scrutiny going forward in terms of what they’re doing with the money,” according to Michael Sweet, a San Francisco bankruptcy attorney. “To get a (bankruptcy fundraising) gift of this magnitude, their business practices will certainly have to be ‘of the norm.’ “

The compensation structure is relevant not only to the bankruptcy plan, but to other public policy issues. In 2012, the voters approved a special 10-year $230 million tri-county tax to support the DIA. Beal’s compensation in the DIA’s last tax filing was $455,453, compared to $399,152 for Anne Parsons, who serves as president and CEO of the Detroit Symphony Orchestra, and $348,763 for Patricia Mooradian, president of the Henry Ford Museum. Neither the Symphony nor the Ford Museum has the benefit of a special tax deal like the DIA’s.

Comparing salaries of museum CEOs and directors, Beal’s base compensation of $380,000 (the rest of his compensation was bonuses, benefits, and perks) was substantially larger than the $273,750 median salary offered to CEOs in charge of museums with budgets larger than $10 million and higher than the $312,173 90th-percentile salary for CEOs of museums with budgets over $3 million. Beal is in the top 10 percent according to the American Alliance of Museums’ salary survey based on base salaries, though he and his peers typically get additional compensation in various forms.