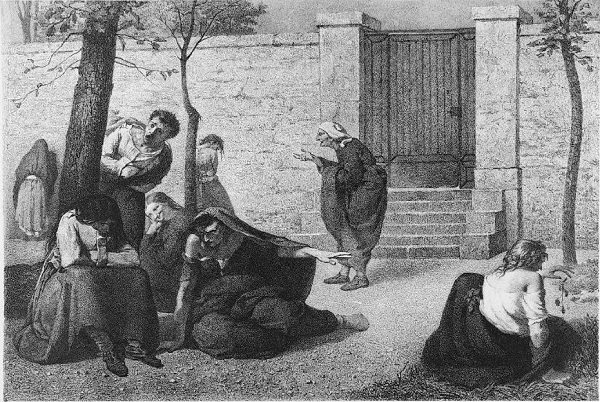 Watching news reports of the terrible incident in Dallas, Texas, in which a man who blamed the police for his having lost custody of his child to his mother sprayed the Dallas police headquarters with gunfire from an armored van, the quick observation of many newscasters as well as people who knew him is that he was suffering from some sort of mental illness. Whether it’s the Sandy Hook elementary school shooter who killed 20 children and six adults, the guy who killed 12 people and injured 70 more at a movie theater in Aurora, Colorado, or this man—who, thankfully, didn’t kill anyone—the knee-jerk reaction often includes a too-late narrative about mental health. “Why couldn’t these people have been found and stopped before the incidents? Where were the mental health providers?”

This use of violent incidents to bring up the lack of mental health services is a difficult conundrum for advocates because the fear it creates in the public about people with disabilities is largely unjustified and further unjustly isolating of people who may already be marginalized. It’s also not clear that these incidents lead to new programming or resources.

But the unusual cases related to untreated illness continue to grab headlines. One example comes from within the Washington Beltway: the stabbing of Virginia State Senator R. Creigh Deeds by his son Austin, not far from where a Virginia Tech student killed 32 of his classmates in a 2007 rampage. Austin “Gus” Deeds had been evaluated for his mental health under an emergency custody order prior to the stabbing (and his subsequent suicide), but released because there was no facility that had the room to take him. Although the Virginia state assembly had increased mental health funding in 2009 in the wake of the Virginia Tech tragedy, and after a report on other people who had been evaluated for their mental health in 2011 but were unable to be admitted to state-operated or private psychiatric facilities, funding was subsequently cut back during and after the recession, leaving Gus without treatment.

Cutbacks in mental health funding continue today even though the recession is supposedly well in the nation’s rear view mirror. For example, the Alabama state legislature just reduced its threatened 11 percent cut in mental health funding to five percent, but that doesn’t undo the damage of a state mental health budget that has been raised only four times in a 16 year period. According to Bryan Libell, the director of the Riverbend Center for Mental Health, unaddressed mental health issues, which happen during budget cutbacks, “become…a public safety issue.” A member of state and local Arc boards declared Alabama’s pending budget cuts in mental healt services “something a civilized society doesn’t do.”

It isn’t all that different for other states. In Maine, the budget proposed by the Republican majority in the legislature and Republican governor LePage calls for sharp reductions in payments to mental health agencies for the medication treatment services they deliver to MaineCare patients. At a local level, in Lexington, Kentucky, the county council unanimously voted to slash $600,000 from the budget of the Lexington County Community Health Center. County council members confirmed that mental health services are important, but the center simply has to look elsewhere for funding. At the federal level, it is striking how nearly every mental health program, including the Community Mental Health Services Block Grant and the SAMSHA Programs of Regional & National Significance suffered cuts in FY2015 compared to the previous year. The result is that consistently, between 40 and 50 percent of people with schizophrenia or bipolar disorder are receiving no treatment, with one National Institute of Mental Health study in 2010 indicating 40 percent of persons with schizophrenia and over 50 percent of people with severe bipolar disorder receiving no treatment in a one-year period.

Despite the horrific incidents in Aurora, Sandy Hook, and now Dallas, the reality is that those incidents are not characteristic of people with severe mental illness. The Treatment Advocacy Center notes that the reality is that persons with mental illness are more likely to be victims rather than perpetrators of violence, as these points from a TAC backgrounder note:

Some people most in need of treatment for their severe mental illnesses are likely to find the necessary resources unavailable or inaccessible. Even when there are services or psychiatric beds available, some seriously ill people reject help, or even deny or fail to recognize that they are dealing with a serious mental illness.

There are no easy answers. But as one British clinician observed, “Evidence from different models or services show that investing in high quality interventions for people experiencing psychosis can have very favorable long-term outcomes, including economic ones. But money up front is needed for longer-term gain.” The challenge is that the taxpaying public wants treatments for the mentally ill that work like fixing broken legs: clear structures of diagnosis, treatment, and recovery. It doesn’t necessarily work that way. As a result, says clinical psychologist Tim Smith, “Judging the services that support people, such as those described above, through a broken-leg lens means we get reduced funding.”

The sad reality is that ten times more people with mental illness in this country receive what treatment they get in prisons rather than mental health centers or hospitals; the treatment providers they get are police officers who aren’t trained for dealing with people with mental illness, with results that are often disastrous and excessively violent. That doesn’t answer the problem posed by the man in Dallas in the armored van with an arsenal of weapons. But it reveals much about how this nation addresses or fails to address mental illness.—Rick Cohen