The Economics of Pinkwashing at the NFL: Straw on the Camel’s Back? 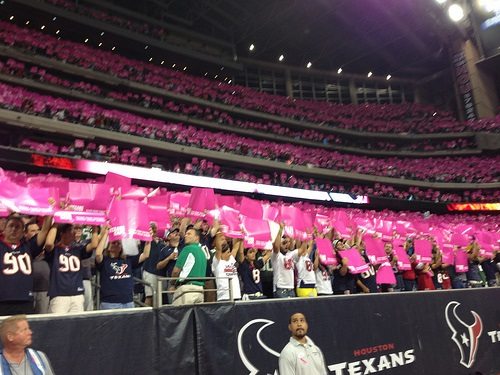 Darren Rovell at ESPN is reporting that for every $100 spent on the pink stuff sold through the NFL’s breast cancer initiative, the American Cancer Society only receives $11.25—and of that, only $8.01 goes to research, with the rest going to ACS’s admin costs. The rest of the money goes to the NFL ($1.25), the company making the merchandise ($37.50), and the company selling the merchandise—which is usually the NFL or a specific team ($50). The term for this is “pinkwashing,” and it is hardly a new phenomenon.

Better Business Bureaus around the country have been issuing warnings to the public about pinkwashing in general, suggesting that, instead of buying a bunch of pink stuff, those concerned about breast cancer donate directly to a charity where most of the money will be spent on the cause.—Ruth McCambridge