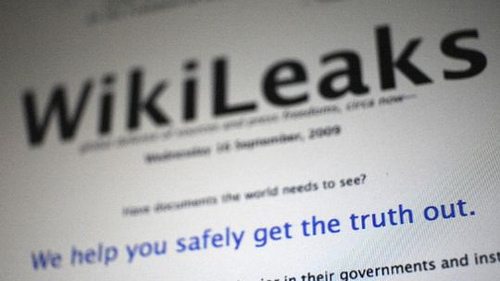 Whether one thinks WikiLeaks has contributed to a healthy and necessary dose of governmental and business transparency or undermined necessary confidentiality and security by revealing information that should not be in the public domain, the news that WikiLeaks is on the brink of going under raises interesting questions for the nonprofit sector.

The news is that the “blockade” of fundraising sites open to processing contributions for WikiLeaks has deprived the organization of its means of raising the capital for its operations and programs. Among the financial firms that shut off access to WikiLeaks have been Visa, MasterCard, Western Union, and PayPal. Add in Bank of America, and that’s 95 percent of the organization’s revenue. “If we don’t knock down the blockade,” said WikiLeaks founder Julian Assange, “we simply will not be able to continue.” According to Assange, WikiLeaks has been living off of its “cash reserves” for the past eleven months, and needs $3.5 million to survive the next twelve months, though it is reasonable to ask why WikiLeaks needs so much money, since it doesn’t pay its sources for documents and it publishes online. Maybe Assange needs this sum to cover his ongoing personal legal expenses as he fights extradition to Sweden on charges of rape.

Nonetheless, are there issues at play here that go beyond whether WikiLeaks should live or die? A couple come to mind:

1. It was never fully clear whether the U.S. government asked these financial donation sites to cut ties to WikiLeaks or if they did it on their own following WikiLeaks’ disclosure of a quarter million U.S. State Department cables and e-mails. But whether it did or didn’t, the financial sector’s power of to shut down the public’s access to an organization or to shut the organization’s access to potential donors is pretty obvious in this case. Assange’s announcement of the potential death of WikiLeaks comes with a backdrop of the Occupy Wall Street protesters marching against the unbridled power of the U.S. financial sector. Assange warned, “If this financial attack stands unchallenged, a dangerous, oppressive and undemocratic precedent will have been set, the implications of which go far beyond WikiLeaks and its work.” Holding aside your individual opinion of WikiLeaks’s releases of confidential information, or your personal reaction to the sexual abuse charges pending against Assange himself in Sweden, what is your reaction to the prospect of banks having the power to unilaterally shut down the financial pipelines of organizations they don’t like (or organizations the government tells them not to like).

2. Assume that WikiLeaks is truly heinous. Have these financial entities stopped processing donations directed to other equally if not more noxious organizations? Presumably NPQ Newswire readers know of an occasional disreputable organization, for example—perhaps an organization with terrible messages about race—with a donation button on its website. If these financial institutions withdrew their services from WikiLeaks on their own—without U.S. pushing or prompting—shouldn’t they do the same for (or to) certain other organizations? Assange has warned that if the banks could do this to WikiLeaks, they could do the same to other controversial organizations such as Greenpeace and Amnesty International. “These few companies cannot be permitted to arbitrarily decide how the whole world votes with its wallet,” he said.

3. Although WikiLeaks does the hefty lifting via its sources, other news media organizations were in the mix facilitating the publication of a selection of WikiLeaks disclosures, such as the New York Times, the Guardian, El País, Der Spiegel, and Le Monde. Although the mainstream media eventually condemned the broader, unedited, unredacted releases by WikiLeaks, it was certainly a partner of the organization’s distribution of confidential government documents. Should the financial institutions also take aim at the major newspapers that republished documents that the U.S. government said were illegally procured and disseminated? Or is the blockade only geared toward and effective for entities that rely on charitable donations.

4. In other circumstances, the complementary and in some ways coordinated actions of MasterCard, Visa, and others would be considered tantamount to companies acting like an illegal trust in restraint of trade. WikiLeaks has said that it filed anti-trust actions against the financing sites with the European Commission and is considering other anti-trust actions. Does this feel like an anti-trust type of activity on the part of powerful financial institutions? Notwithstanding the pros and cons of WikiLeaks and Assange, isn’t this “financial blockade” a display of the almost unrestrained and unrestrainable power of the financial sector that the Occupy movement has vociferously decried?

The specifics of WikiLeaks’s operations may be a little “murkier,” according to the Guardian, which reports that Assange’s announcement of a suspension of publishing activities is sort of after the fact, since it hasn’t published anything at all since its Guantanamo Bay prisoner files, which apparently the Guardian and the New York Times were able to get on their own without the help of WikiLeaks. A Reuters journalist says that WikiLeaks’s mechanism for information submissions has been offline since Assange’s sort of number two, Daniel Domscheit-Berg, and others quit the organization in 2010. Perhaps it is just a coincidence, but if you go to the WikiLeaks website announcement of the temporary suspension of publishing, the buttons for donating give you a “404: Not Found” answer.

Nonetheless, there may be important principles at stake regarding the power of the financial sector to make and enforce decisions about the content of non-governmental organizations such as WikiLeaks—or nonprofits in the U.S. whose messages are disliked by the federal government or by the financial sector itself. These financial intermediaries are well known to U.S. nonprofits not just because of their donation processing, but also as corporate donors themselves (the Bank of America’s corporate foundation is routinely near the very top of corporate grantmakers annually). The issue isn’t whether one likes or dislikes WikiLeaks, but whether the financial blockage of WikiLeaks contains the seeds of a new kind of corporate behavior that might disconcert advocates of nonprofit free speech.