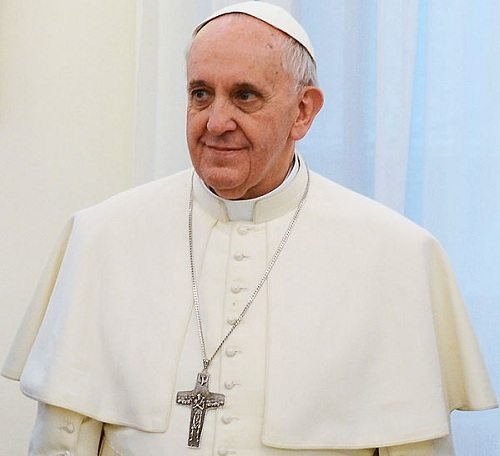 There are 449 active and retired Catholic bishops in the U.S. overseeing 195 dioceses and archdioceses (plus one apostolic exarchate and one personal ordinariate). Four cardinals (Daniel DiNardo, Timothy Dolan, Sean O’Malley, and Donald Wuerl) lead archdioceses in Boston, Washington, New York, and Galveston-Houston. Over 38,000 priests, nearly 50,000 religious sisters, and more than 4,000 religious brothers served almost 17,500 parishes plus nearly 5,400 Catholic elementary schools, 1,200 Catholic secondary schools, and 225 Catholic colleges and universities, among other venues of religious activity, as of 2014.

That is only part of the picture of the large, diverse, and often unwieldy U.S. Catholic community that will greet Pope Francis in his visit to Washington, New York, and Philadelphia. John McCoy, the author of a biography of Seattle archbishop Raymond Hunthausen, a predecessor for the kind of religious thinking that Pope Francis has been bringing back to the church, suggests that American bishops have been largely “tone deaf” to the Pope’s focus on global issues of poverty. Writing for the Seattle Times, McCoy finds the U.S. bishops, “all of them appointed under the traditionalist papacies of Francis’ two predecessors…mired in the culture wars of the past three decades.”

McCoy takes special pains to note how few American Catholics are aware of the Pope’s encyclical, “On Care for Our Common Home” (Laudato Si’), and the role on the part of the bishops in doing little to talk about or promote it.

It might be that the language and concepts that Pope Francis is using in the encyclical challenge the bishops in ways that are entirely new and, given the environmental focus of the document, earth-shaking. “On Care for Our Common Home” includes thoughts that not only disrupt the thinking of traditionalist bishops, but also many in the nonprofit and philanthropic sectors:

In a manner not heard from the Vatican since Pope John XXIII, Pope Francis took on the capitalist system:

There are too many special interests, and economic interests easily end up trumping the common good and manipulating information so that their own plans will not be affected.… Consequently, the most one can expect is superficial rhetoric, sporadic acts of philanthropy and perfunctory expressions of concern for the environment, whereas any genuine attempt by groups within society to introduce change is viewed as a nuisance based on romantic illusions or an obstacle to be circumvented.… In the meantime, economic powers continue to justify the current global system where priority tends to be given to speculation and the pursuit of financial gain, which fail to take the context into account, let alone the effects on human dignity and the natural environment.

The Pope’s conclusions sounded much like a document issued by Elizabeth Warren or Bernie Sanders, containing a major challenge to the dominant economic system of the West:

“Politics must not be subject to the economy, nor should the economy be subject to the dictates of an efficiency-driven paradigm of technocracy…Saving banks at any cost, making the public pay the price, foregoing a firm commitment to reviewing and reforming the entire system, only reaffirms the absolute power of a financial system, a power which has no future and will only give rise to new crises after a slow, costly and only apparent recovery…It is not enough to balance, in the medium term, the protection of nature with financial gain, or the preservation of the environment with progress. Halfway measures simply delay the inevitable disaster. Put simply, it is a matter of redefining our notion of progress. A technological and economic development which does not leave in its wake a better world and an integrally higher quality of life cannot be considered progress.”

McCoy finds the bishops largely preoccupied with the culture war issues of same sex marriage, abortion, and the contraceptive mandate in the Affordable Care Act. “Their priorities virtually ignore the global issues that Francis has championed since his election as pope 2½ years ago,” he writes, adding that the Pope “has radically shifted the church’s emphasis from sexual and reproductive issues to social-justice issues, such as immigration, poverty and a living wage. This is an emphasis not being heard in the pews because most pastors haven’t caught up with the pope.”

McCoy doesn’t expect the Pope to lecture his American audiences on the culture war issues that get the lion’s share of attention in religious discussions and, with a possibility of bringing the U.S. government to a budget stalemate, in Congress. Rather, McCoy writes, Pope Francis is “looking at the big picture of humanity challenged today by immigration, care of God’s creation and the growing inequality that impoverishes human dignity.” That is a theme worthy of being heard not only by America’s bishops and the 80 million or so Americans who self-identify as Catholic, but all of us, Catholics, Protestants, Jews, Muslims, and all others, who have a stake in changing our nation’s blind rush to economic and environmental oblivion.—Rick Cohen