The Implications for Nonprofits of the Koch Bros. Donor Confidentiality Case 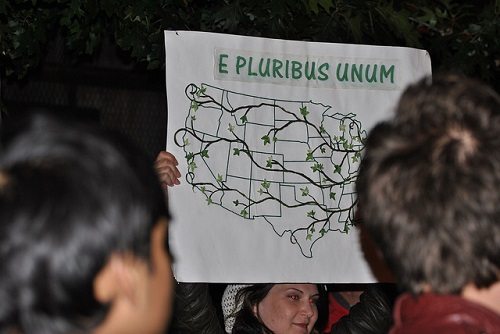 The ongoing case between the Americans for Prosperity Foundation, funded by Charles and David Koch, and California Attorney General Kamala Harris has implications for nonprofits of all stripes, not just politically engaged 501(c)(4) social welfare organizations—especially since the APF Foundation is registered as a 501(c)(3). In 2013, Harris asked that APF provide its list of donors (the unredacted version of “Schedule B” that many nonprofits are required to provide to the IRS), which the AG’s office said it needed in order to investigate potential “fraudulent conduct.” The argument from APF is that the AG’s request came “out of the blue” and exposes the nonprofit to “grotesque threats [that] have been leveled against known associates of the foundation, ranging from threats to kill or maim, to threats to firebomb buildings.” Another conservative organization, the Center for Competitive Politics, has also filed a similar suit against the AG’s request.

These cases may be much more than an effort to rein in the political operations of nonprofits funded by two of the top ten richest people in the world. They raise questions about the importance of nonprofit confidentiality or, most specifically, whether donor confidentiality should be sacrosanct in this day and age of big money manipulating and contorting electoral processes.

For the APF, the general counsel for Koch Industries, Mark V. Holden, submitted a statement to the court describing some of the threats that the Koch brothers have received, including a variety of social media postings calling for the Koch brothers to be killed, shot by firing squad, or guillotined, plus emails with similar sentiments. The APF complaint detailed additional threats to the Koch brothers and added:

“Current and potential donors are understandably afraid that having their identities disclosed will put them and their families at risk. Dozens of potential donors, a number of whom live in California, have reluctantly refused to contribute to the Foundation because they are too fearful of the reprisal they will face if their contribution becomes public knowledge, and current donors have indicated that they will cease their contributions if their names and addresses are revealed to the State of California.”

To defend the point, the APF complaint cited a litany of Supreme Court and other cases that have held that compelling the disclosure of nonprofit donors or nonprofit members could chill free speech under the First Amendment—cases including Bates v. Little Rock, 361 U.S. 516 (1960), Buckley v. Valeo, 424 U.S. 1 (1976), and the oft-cited NAACP v. Alabama ex rel. Patterson, 357 U.S. 449 (1958).

The AG’s office indicated in its reply that the damage that APF and its donors would suffer was questionable:

“While [the APF Foundation] offers evidence of harm that persons that may be affiliated with it have suffered due to unrelated public disclosures of donor information, [the APF Foundation] offers no evidence that the specific non-public disclosure at issue would have any effect on, let alone infringe, its associational rights. […] Congress intended states to remain the primary regulators of charities, and there is no evidence that Congress intended to preempt state reporting requirements, nor is there any conflict between the relevant federal and state laws.”

The specific statute the AG’s office cites is the state’s Supervision of Trustees and Fundraisers for Charitable Purposes Act, giving the state wide berth in determining what it can require of charities and fundraisers.

The particularly important language from the AG’s brief on First Amendment considerations is here:

“While [the APF Foundation] is correct that under circumstances not present here, compelled disclosure of membership lists can constitute a substantial infringement on the freedom of association guaranteed by the First and Fourteenth Amendments, see, e.g., NAACP v. Alabama, 357 U.S. 449, 462 (1958), this does not mean that every disclosure requirement necessarily does violate the right to freedom of association. To the contrary, where, as here, the burden, if any, on First Amendment rights is modest and the government’s need for the information is substantial, the Supreme Court and the courts of appeal repeatedly have rejected First Amendment challenges and upheld the validity of disclosure requirements far broader than the one at issue in this case. See, e.g., Citizens United v. Fed. Election Comm’n, 558 U.S. 310, 366-371 (2010) (upholding disclosure provisions of Bipartisan Campaign Reform Act of 2002, where there was legitimate interest in information and no evidence of any First Amendment chill); Buckley v. Valeo, 424 U.S. 1, 66, 69-72 (1976) (noting that “there are governmental interests sufficiently important to outweigh the possibility of infringement” and upholding disclosure requirement where “any serious infringement on First Amendment rights brought about by the compelled disclosure of contributors is highly speculative);”

Essentially, the state’s argument is that the APF may be correct about the harm that could ensue through public disclosure of donor information, but it did not prove that rights to free speech and rights to association would be harmed by submitting the requested information to the state’s registry where it would be kept confidential.

“[The APF Foundation] has not provided any evidence demonstrating how providing to the Registry the exact same information on file with the IRS will have any impact on its members or cause them to suffer any negative consequences…Although plaintiff states that its members fear that disclosure to the Registry will engender ‘reprisals’ by California officials…these ‘broad allegations,’ are baseless.”

This is a critically important case for nonprofits to watch. Fundamentally, the blanket confidentiality that nonprofits have assumed and often defended may be developing some weaknesses. Will nonprofits stand by APF based on a stance that donor confidentiality is paramount? Will nonprofits split by political leanings pro or con the Koch brothers? Will they assume that disclosure of Section B schedules to the state is no different than disclosure to the IRS? Will they conclude that the need for confidentiality, a la the NAACP in Alabama during the Civil Rights era, has been surpassed by a need for heightened disclosure in the era of moneyed politics? Major questions for the nonprofit sector hang on the APF Foundation decision.—Rick Cohen