The Importance of Linking Leadership Succession, Strategy, and Governance 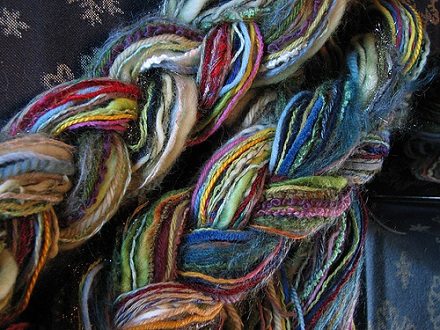 Editors’ Note: This article has been adapted from a Center for Applied Research (CFAR) briefing, and was previously published on the Nonprofit Quarterly’s website on September 26, 2012.1

Many writings stress the importance of a board’s thinking about leadership succession as its most critical task.2 Yet, too often we frame succession as foreground without fully tending to the related background. Succession is often wickedly intertwined with the state of the board’s functioning and the enterprise’s strategy. Similarly, working on governance is often triggered by succession and linked to strategy in terms of new competencies that need to be on the board. It is rare that one of these three can be the sole focus without consideration of the other two areas, but their segmentation is clear in the three different professional groups that offer services in each of these areas:

There have been some recent incursions of each of these professional groups into the others’ business: big search firms are moving into onboarding and coaching, and strategy firms are beginning to address governance issues in the wake of new attention to boards.

The optimal sequence of the above three key processes would be excellent, up-to-date governance approving a strategy that informs the selection of a great leader who executes and leads strategic renewal—as the environment demands—under the board’s ongoing oversight. But organizations cannot count on taking up developmental issues in the optimal sequence, especially in today’s fast-changing environment. This article offers an overview of the challenges of sequencing these intertwined issues, and the imperative that they be thought of in a woven, recursive way across time rather than a simplistic, linear sequence.

The three processes of strategy, succession, and governance are linked in ways that often create the following three dilemmas:

Misalignment between the board’s readiness and leadership succession. Often, a long-tenured leader leads to atrophy of the board’s vitality and increases its dependency, especially when the leader is successful. So, when that leader leaves (on his or her own, or upon being invited to step down), a key support to the board is missing as members think about strategic shifts and the implications for succession. Leaders are often in denial about when their effectiveness is losing its edge and when is the appropriate time to leave. Ken Olsen, the legendary founder of the Digital Equipment Corporation, said, “There’s only one measure of success and that is, five years after I’m gone, how is the company doing. I will accept no accolades until five years after I’m gone. I may avoid that by not going.”3 Yet boards grow dependent on the CEO and often find it difficult, with a long-tenured leader whose earlier work boards greatly value, to have the conversation about leaving.

Misalignment of the strategy with succession. In facing leadership succession tasks, a “good enough” strategy is essential for a board to define the scope of the leadership role and to make a high-quality selection of a talented organizational leader. Yet, if there are major strategic dilemmas, an outgoing leader—especially if the departure is based on performance or a conflicted working alliance with governance—is not in the best position to support the board in working through its vision. This dilemma may be heightened if the leadership search is caused by major differences in opinion about the strategic direction of the organization among board members; candidates may be reluctant to apply under such conditions, and the board may have difficulty reaching a choice and supporting the new leader. In one organization studied by CFAR (the Center for Applied Research), the successful applicant made it clear to the search committee that he would only accept the position under the condition that they support a new direction. Yet a key board member had told the current staff that “we put the ship in dry dock, lifted up her skirts, and pronounced her shipshape,” communicating to them his commitment to the current strategy. For several years, the new leader struggled with the splits in the board until a new chair brought in a third party to work through differences and align the board with the chosen leader.

Mismatch between the board’s capabilities and strategic development. A board’s membership and tenure, often a valuable source of institutional memory, can be ill suited to its role in oversight of significant strategic change that its CEO is driving. In professional associations, people often rise to governance as an honorific for long, distinguished service. Yet, when facing significant changes in the environment—such as new technologies, new delivery mechanisms, and different preferences in younger generations—the board may lack members with sufficient experience with these new phenomena—work that requires “generative” thinking.4 Strategy work involves thinking about the future threats and opportunities and the needed core competencies for the organization to succeed—what Peter Drucker has termed “the theory of the business:”5

If the CEO is driving this work, he or she may find splits in the board that hurt the working alliance with the leader. Sometimes, this work is taken up in conjunction with succession. But often search consultants do not have the depth of experience to staff good high-level strategic thinking or, especially, to work through significant differences that may have triggered the succession.

The corporate-sector case of Home Depot illustrated the interdependence of strategy, governance, and succession. The flat performance of the stock suggested questions about the strategy. This, combined with the high compensation of the CEO, led to the loss of his dominant coalition on the board, and he stepped away. This triggered a second order change, with four members of the board stepping down. The incoming CEO (an insider) put in play a significant shift in strategy. Let’s look at some other cases that illustrate the intertwining of these three related processes and how different sequences play out.

The board chair and CEO of a professional society initiated a strategic planning process. Believing that the field was changing dramatically, they collaboratively created an ad hoc committee deliberately dominated by Young Turks and with only a few current board members. They crafted a strategy process as a Trojan horse for working on board changes by creating the visibility needed for these younger leaders to become board members. There were several important interactions with the board along the way, and a few key overlapping members prevented an unproductive split. Toward the end of the process, the CEO surprisingly announced his intention to resign for his own career reasons. At the final retreat, where the strategic committee engaged the board to get the plan adopted, the committee linked the strategy going forward to the key competences that guided the job description for a new leader. An executive search firm found a new executive director with the competencies to fit the strategy, and the board supported transition work with the new leader to ensure good working alliances with the board, staff, and members. After a year with the new leader, the chair of the strategic planning process—now on the board—was charged with leading a yearlong board development process.6 The process focused the new leader and the board on the issues in implementing the strategic plan. As board members became more actively engaged, they realized that they needed more protected time for strategy. They committed to