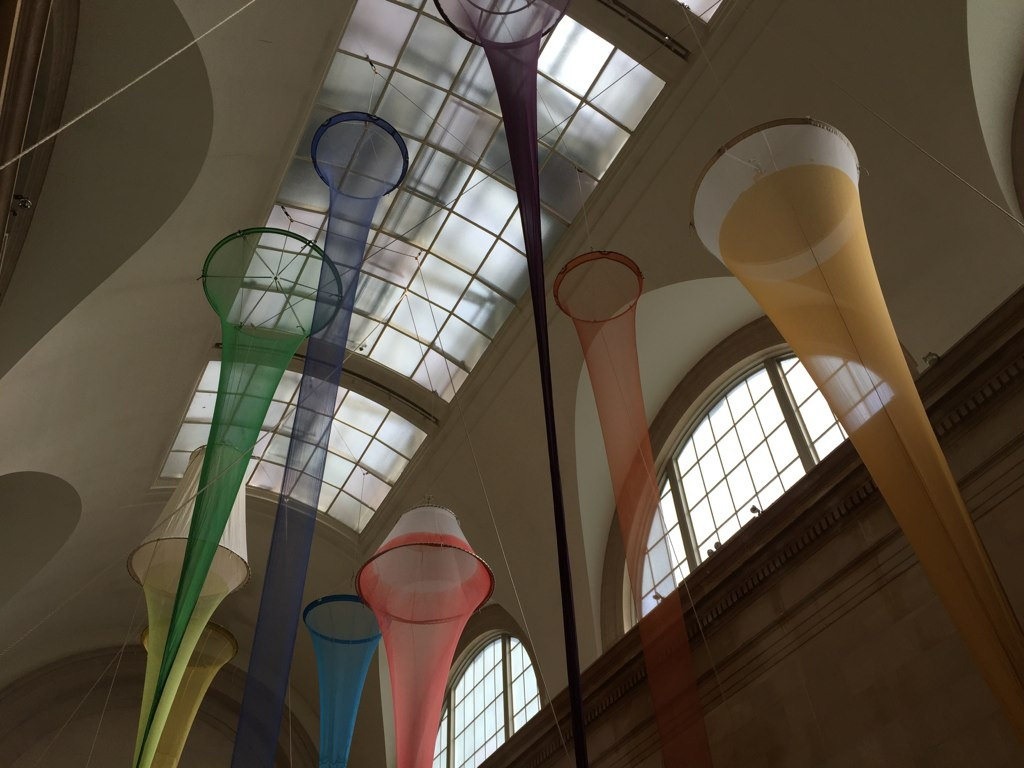 This week is the annual conference of the Community Action Partnership, the national trade association representing the more than 1,000 local community action agencies that are the inheritors and guardians of our nation’s commitment to the War on Poverty. That national commitment to fighting poverty has been inconsistent over recent years, but it shouldn’t have been; many of us, more than you would expect, will experience poverty at some time in our lifetimes despite the array of programs from the New Deal and then the Great Society that aim to minimize and mitigate poverty in our society.

Emily Badger and Christopher Ingraham report in the Washington Post on the research of Mark Rank, a sociologist at Washington University, whose longitudinal tracking of several thousand American households since 1968 reveals that “an incredible number…(will) experience economic insecurity.” Specifically, Rank’s data show that four out of five people experience economic hardship by the time they are 60, such as enduring time unemployed, living at least a year below the poverty level, or spending time accessing government programs for the poor such as food stamps. As the chart shows below, the experience of poverty doesn’t wait until late in life, but occurs at high levels in one’s 30s and 40s as well as 50s. 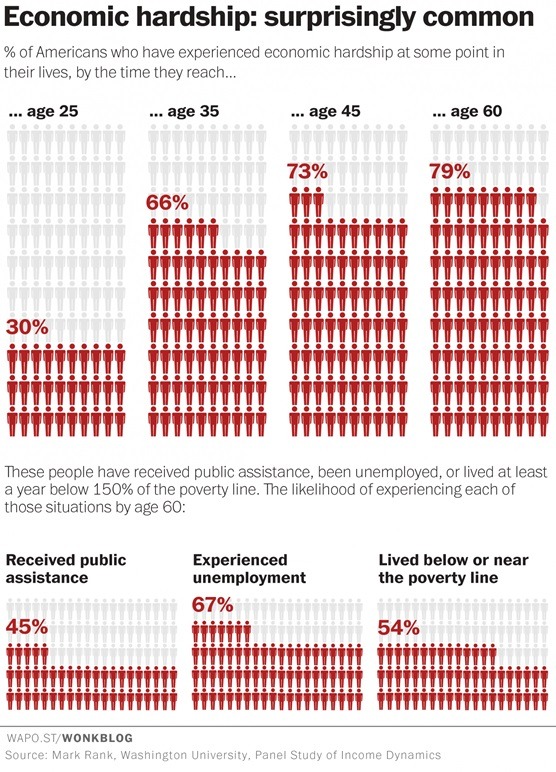 “Rather than an uncommon event,” Rank says, “poverty was much more common than many people had assumed once you looked over a long period of time.” And it’s not just dipping into poverty; many Americans—roughly three out of five—actually spend time among the bottom 20 percent or even bottom 10 percent of the nation’s income distribution: 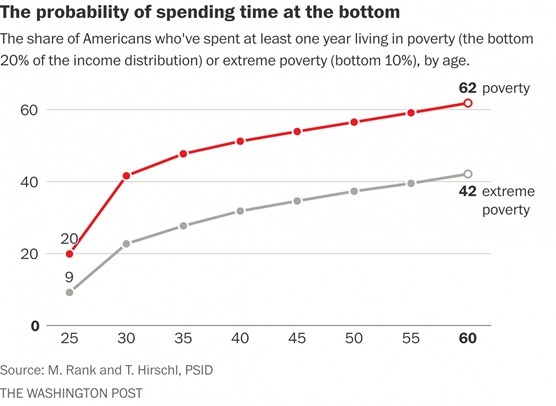 While the majority of Americans will experience some poverty in their lifetimes, only about 11 percent will spend some time, no matter how briefly, in the top 1 percent.

In other words, many of us might need to tap government anti-poverty programs at some time—because we need to, due to a slide into poverty. How does that comport with opinion polls that consistently show Americans hostile to government spending on poverty?

National nonprofit leadership organizations have launched efforts to promote the efficacy and importance of human service delivery, and will do so in the future. That is important work, but these entities must demonstrate to the majority of Americans that anti-poverty programs aren’t simply for “other people” but are likely to be needed and potentially used by four-fifths of Americans at some time in their lives. That’s why it’s crucial that community action agencies convene to overcome the myopic idea of too many Americans that poverty programs are for people who don’t need them rather than serving as vital safety nets for people that might include your neighbors, you, and me. —Rick Cohen