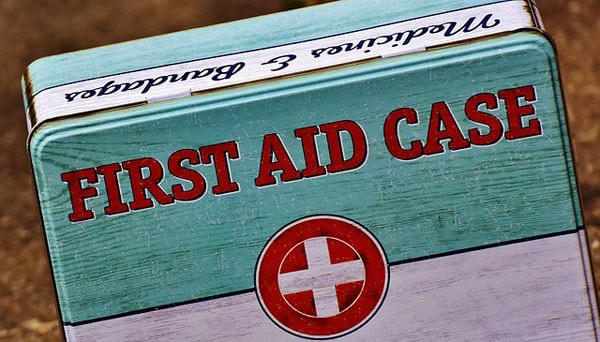 In July, the Department of Homeland Security announced its most recent meaningful response to school shootings: $1.8 million in grant funding to develop a program to teach our nation’s children bleeding-control techniques.

School-Age Trauma Training will be designed “to enhance a bystander’s ability to take decisive, lifesaving action to assist victims with traumatic injuries.”

The grant is to be administered by the Department’s Science and Technology Directorate and the Federal Emergency Management Agency, and the lucky recipient can be an independent school district or nonprofit organization. Spokesman John Verrico says it’s premature to predict how the program will be rolled out and disseminated nationwide.

The availability of the grant was first reported by The Young Turks, an online news show, but, that said, DHS is not by any means the first body to initiate such trainings. Just a few months after Sandy Hook, in April 2013, the American College of Surgeons formed a special committee called the “Joint Committee to Create a National Policy to Enhance Survivability from Intentional Mass Casualty and Active Shooter Events” to create a national protocol to help more victims survive the increasing number of mass casualty or active shooter incidents. The committee included military, government, police, and emergency and medical response organizations, and was guided by Lenworth M. Jacobs, Jr., a trauma surgeon at Hartford Hospital and professor at the University of Connecticut School of Medicine. The group’s recommendations, included in four reports released between June 2013 and March 2016, have become known as the Hartford Consensus.

In other instances, state administrations, community groups and individual schools have taken on similar programs, but the idea that an administration that opposes gun control would see fit to invest in battlefield trauma training for children just rankles.—Ruth McCambridge