The Lessons of Black Catholics for Modern Civil Rights 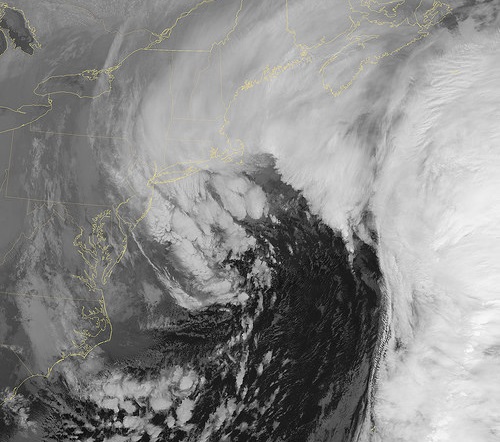 Fr. Bryan Massingale, a professor of theology at Marquette University, has an interesting article in the February issue of U.S. Catholic about black Catholics and their role in promoting racial justice in the Catholic Church. He notes the words of black Catholic historian and Benedictine monk Cyprian Davis that “the Catholic Church in the United States has never been a white European church.”

The story of black Catholics is not well known among most Americans, in part because their view of Catholics has largely focused on Irish, Italian, and Polish immigrants and, more recently, on immigrants from Latin America. But Massingale touches on several black Catholics who have been, in his words, “models of holiness…now being considered for sainthood,” including August Tolton, the first black man to become an ordained priest; Henriette Delille, who founded the Sisters of the Holy Family for black women; and Pierre Toussaint, a 19th century New Yorker known for his charitable activities.

Massingale also takes note of Sister Antona Ebo, one of the first American nuns and the first black nun to march with the Rev. Martin Luther King, Jr. She and others earned the name “Sisters of Selma” for their participation in the march on March 10th that followed “Bloody Sunday.” (Five other nuns went to Selma around the same time: three nuns from the Sisters of St. Joseph of Carondelet, Roberta Schmidt, Rosemary Flanigan, and Barbara Moore, and two from the Sisters of Loretto, Christine Nava and Therese Stawowy.)

“The story of African American Catholicism is the story of a people who obstinately clung to a faith that gave them sustenance, even when it did not make them welcome.… Blacks had to fight for their faith; but their fight was often with members of their own [church] household.”

Massingale connects that to racial justice issues of today, spotlighting the “deaths of hundreds of unarmed black men at the hands of police officers [and] a 12-year-old boy killed while playing with a toy gun on a Cleveland playground.”

Historically, many religious bodies, the Catholic Church included, have not been welcoming to people of color. We don’t need to cite the obvious, the churchgoing men and women of the South who used the Bible to justify slavery and later segregation. Racism’s tentacles reach into all levels of American society, including religion. The history of blacks in the Catholic Church, Massingale implies, makes black Catholics particularly effective as emissaries for social justice from a church that was, through waves of European Catholics coming to the U.S., a church of immigrants, many of whom encountered hostility from mainstream society in various ways. That history, plus the activism of the “Sisters of Selma,” might serve as an important connection between the growing numbers of black Catholics today and the civil rights activism of black Catholics fifty years ago.—Rick Cohen