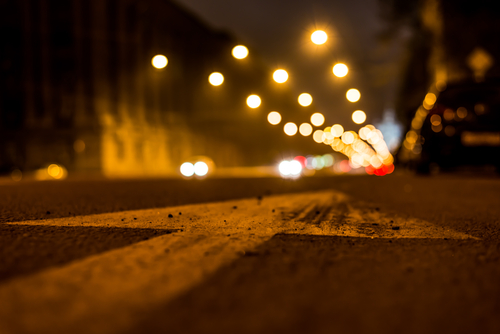 Last October, Walmart CEO Doug McMillan pledged that his mammoth corporation intended to “be in a situation where we don’t pay minimum wage at all.” At a January conference on “social capital” held in Alexandria, Virginia, the mention of the Walmart pledge by Walmart Foundation president Kathleen McLaughlin drew applause from the assembled social entrepreneurs. In February, as announced in a letter and video from McMillan, Walmart released new details of its plan to restructure wages, raising minimum wages for its current employees (“associates”) to $9 an hour beginning in April 2015 and to $10 an hour by February 2016. Starting wages for department managers were also raised, to $13 an hour beginning in the summer of 2015 with plans to boost it to $15 an hour by sometime next year.

The Social Capital conference participants applauded this progressive stance from the Walmart company, but how progressive was it, really? And how much progressivity, so to speak, did it reveal of the conference’s invitation-only participants? The nation and the nonprofit sector have been attentive to social entrepreneurship, to corporations pledging to raise social goals to positions purportedly equivalent to their commitments to shareholder priorities. Judging by the language, there has been progress, with attention paid to corporate impacts on the environment, health, workplace conditions, and in some instances worker compensation and benefit issues. But there has been little examination of whether these social capital advances reflect political advancement—movement of the business sector, whether that means mainstream businesses like Walmart or alternatives such as those “fourth sector” or “for-benefit” businesses with benefit corporation certifications, toward a more progressive role in society.

Labels like “progressive” are usually defined so abtrusely as to be virtually meaningless, something that everyone from Sarah Palin to Al Sharpton could sign on to. The American Values Project, according to John Halpin and Ruy Teixeira, summarizes the progressive ethos as “Everyone gets a fair shot, everyone does his or her fair share, and everyone plays by the same rules.” Inclusion in the progressive tent becomes narrower when the test is against specific policies like taxation, providing health insurance coverage and controlling health costs, public education, immigration, climate change, and labor and wage policies, even though the Project tried to describe some of these issues with porous enough boundaries to keep many people and interests who think of themselves as progressives largely comfortable with the cumulative policy articulation. What constitutes progressive policy leads to questions about whether Walmart should have been applauded by the social entrepreneurs or questioned about why the employer of 1.3 million people isn’t doing more.

For Walmart and wages, the Social Capital audience might have found the boosts to $9 and $10 an hour welcome, but that’s below the $10.10 minimum wage proposed by some members of Congress and by President Obama and well below the minimum wages recently enacted in some states and localities on their own initiative. Walmart’s decision might not have been simply a flash of progressive thinking resonating through the Benton, Arkansas headquarters, but a reading of the trends as Costco, IKEA, and Amazon boosted their minimum wages—and, following Walmart, Target and T.J. Maxx did the same. Walmart’s motivation might well have come from an entirely different perspective: to reduce the increasing rate of retail worker churn at the lower end of the labor market. The national average in retail is 5 percent turnover a month. For Walmart, that could mean cycling through a substantial part of its workforce every year unless it comes up with mechanisms to attract workers to stay, such as higher salaries and prospects for advancement within the company.

But equally plausible is the idea that Walmart’s pay hike may have been due to progressive government policies such as the new state and local minimum wage laws now covering 60 percent of the U.S. labor force, all the result of political activism by labor and community organizations. Even within Walmart, the $9 and $10 an hour pay minimums fall short of the $15 an hour wage that workers have