The Need for Philanthropic Champions of Transparency 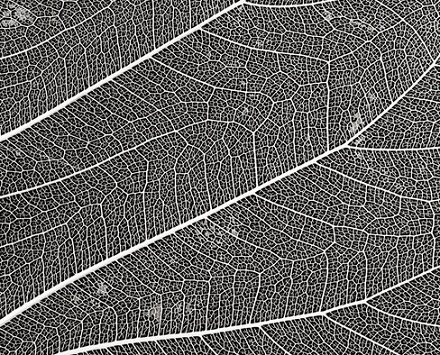 Even if it might be uncomfortable for institutions used to operating at a relative distance from public scrutiny, several public benefits might be realized by increased foundation transparency. As Vikki Spruill, the new leader of the Council on Foundations, noted in one of her first official communications to the Council’s membership, institutional philanthropy faces “its most critical moment…right now. At a time when our world faces a storm of converging challenges with dwindling resources, philanthropy’s positive impact remains a mystery to far too many…[W]e must seize the imperative to help society better understand philanthropy’s impact and contributions.”

The admonition that foundations have to do a better job at telling their story is a frequent refrain from foundation leaders, but that isn’t transparency. At best, it is managed transparency—telling the story that foundations want public policy decision-makers, the general public, and their specific stakeholders to hear and understand. Transparency, however, is not managed through public relations firms. Transparency empowers the users, the recipients of information, to hold powerful agencies of government, well-heeled donors to political campaigns, and institutions without direct levers of official accountability to the public somewhat more accountable. When you stage-manage transparency, it simply isn’t transparency. That doesn’t mean simply opening the doors of foundations and inviting the public to rifle through file cabinets, but it does mean trying to find ways of making essential information more accessible and reviewable by outsiders.

In the foundation world, the debate du jour is how public private philanthropy is. That is, to what extent should the tax-exempt dollars of private foundations be considered open to public scrutiny? It is a debate that ultimately boxes everyone into a corner. The philanthropic impulse occurs with a donor willing to put some of his or her excess capital to work for the public good. In this nation, that typically occurs with the benefit of the charitable deduction, which is applicable to the small-scale donations of generous working people, so long as they are tax itemizers,and to the much larger donations of affluent people who create foundations.

Okay, so these funds aren’t quite public dollars; aggrieved constituents cannot ask foundations for administrative redress, they cannot vote foundation trustees out of office, and they rarely (except in extraordinary cases) have standing to litigate a foundation’s grant decisions. But given the charitable deduction, they aren’t quite fully private dollars either. Foundations have feet planted in two worlds and two cultures: the private world of a donor and the public world of resources afforded a special status by the American public and its elected representatives. The internal struggle with this dichotomy shows in foundations’ postures toward transparency.

In recent history, the advent of the 990 is one example. Commissions on the future shape and substance of philanthropy have all included encomiums of one sort or another in favor of increased transparency, but statements and actions can sometimes differ. Prior to enactment of the Taxpayer Bill of Rights, many foundation leaders were opposed to the liberalization of public access to 990s, and when the law was passed, foundation leaders attempted to find ways of divorcing 990PFs from the public access the law required of nonprofits’ 990s—and then some worked to delay the applicability of the law to foundations.

More recently, this dichotomous identity has been similarly exemplified by the foundations’ crisis response to the California legislation that would have required a handful of large foundations to report on their grantmaking to nonprofits headed by people of color and reporting on their own staff and board demographics rather than making more grants for communities of color. Foundations fought the bill, AB624, tooth and nail, although many of the same foundations are strong supporters of racial disclosures required of banks in the Home Mortgage Disclosure Act, have supported nonprofits demanding similar disclosures of utility companies in front of the state’s Public Utilities Commission, and have fought strenuously against California’s Proposition 54 initiative (which would have generally banned the state from collecting race and ethnicity data).

Another dimension of foundations’ split thinking on transparency is found in their relationship with “stakeholders.” This is more than just a fancied up description of grant recipients whose opinions on how well they are treated by foundation program officers are now solicited de rigueur. Stakeholders are different than insiders such as donors, board members, and staff. The Denver Foundation describes “external stakeholders” as “people who are impacted by your work as clients/constituents, community partners, and others.” Lauren Tulp of the Gordon and Betty Moore Foundation suggested grantees, community residents, and external experts are potential stakeholders. At some foundations, stakeholders have been recruited to participate in foundation grantmaking processes, including the Bill & Melinda Gates Foundation and some of the health conversion foundations.

What public purposes might be served if the foundation sector were to adopt improved disclosure standards? We suggest the following:

Telling a better story: Spruill’s charge to the sector is to explain what organized philanthropy is and does, but doing so is much more credible when it emerges from the analysis of independent analysts and the public. The glossy annual reports—whose cost of writing, design, and printing exceeds many nonprofits’ budgets—are not persuasive. They look more and more like corporate advertisements. If philanthropy has a strong story to tell, it should be one that can be told by independent observers taking advantage of transparency to examine the data.

Fostering civic engagement: Foundations are relatively unified, regardless of their political leanings, in favor of increased civic engagement. Foundations can make a sectoral commitment to make more foundation information available in order to make citizens and policymakers better “consumers” of foundation products, just as foundations want to help citizens be better consumers and participants in the processes of government and business.

Enhancing legitimacy in public policy role: Increasingly, foundations have been moving into the public policy arena, not simply through their grantmaking but through their direct participation. Foundations partner with government at various levels, including a recent spate of foundation engagements with the federal government in programs such as the Social Innovation Fund at the Corporation for National and Community Service and the Department of Education “Race to the Top” program. In some cities—notably, Detroit, where local government has taken a turn toward the dysfunctional—foundations are developing and running programs that are, in some ways, taking the place of the public sector. As foundations move beyond supporting nonprofits to become direct players in the public arena, they must also increase their public transparency.

Increasing accountability: Better, expanded, standardized data makes oversight easier. It’s that simple. So much of the data reported in 990s is not particularly standardized and, when it comes to data on foundation investments, virtually uninterpretable. That isn’t a reason to drop the data requirement. It is a call to improve the reporting and formatting of data so that the public—and oversight agencies—can figure out what it contains.

Mitigating abuse of 501(c) confidentiality: The nation faces an explosion of organizations—and money—seeking the 501(c) confidentiality for the only purpose of keeping the identities of the players pulling the levers of the political system secret. Television commentator Dylan Ratigan suggests that “our political system has become an auction in which the highest bidder wins,” but the identities of the bidders are increasingly under wraps. In other arenas, public agencies such as municipal governments and state universities are creating affiliated nonprofits and foundations with a purpose of reducing or removing a slice of their operations from public scrutiny and oversight. If this nation is going to pursue greater freedom of information, we will, as Sen. Mark Warner (D-Va.) suggests, need to have mechanisms with which to “follow the money.” We have to better follow foundation moneys, too.

Why Foundations Shouldn’t Wait for Regulators to Act

Let’s face it. There is no discernible congressional appetite for playing with the laws and regulations facing foundations right now. Aside from a semblance of charity oversight functions in some state attorney general offices, foundations are overseen by the Internal Revenue Service and if there is more money for the Internal Revenue Service, it is logically going to go to expanding its capacity for dealing with its new responsibilities under the Patient Protection and Affordable Care Act, not for oversight and enforcement activities regarding charities. In general, there’s no money to be made by the IRS for chasing nonprofits and foundations, and the IRS, in a nod to Jerry Maguire, wants its stepped up enforcement to “show [it] the money.”

The arguments here are, in essence, moral arguments for increased transparency in philanthropy. Though we don’t expect much to move on the congressional agenda in the next few months, it should be incumbent on foundations and their nonprofit partners—because nonprofits are the necessary vehicles through which the vast bulk of philanthropic value is delivered—to work on standards of transparency that foundations should practice in advance of regulations. Why in advance? Because for every foundation out of the 100,000 or so private foundations identified by the IRS that chooses to follow the most pragmatically open of transparency regimes, there are plenty more operating under the radar screen, unlikely to do much of anything. The sector needs philanthropic champions of transparency, even if some of that transparency might be uncomfortable for institutions used to operating with relatively little public scrutiny.