The Next Foundation Challenge in Detroit: A Bankrupt Public Education System 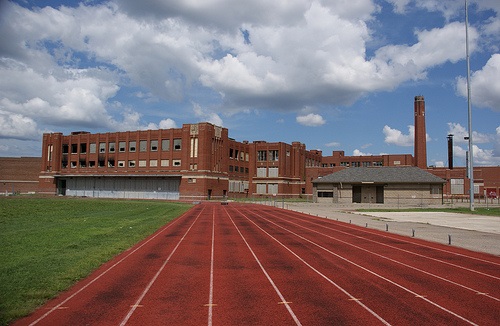 With the upcoming Council on Foundations annual meeting including a workshop on the extraordinary efforts of major Detroit and national foundations to funnel capital into Detroit public workers’ pensions and save the Detroit Institute of Art’s collection from auction, the challenge to the foundations and to Detroit and state-level public officials remains, as Detroit’s problems are still immense. The foundations’ “Grand Bargain” may have been the linchpin in Detroit’s emergence from bankruptcy, but other components of a healthy Detroit are themselves teetering or all but bankrupt.

For example, consider the news that the Detroit Public Schools (DPS), due to sporadic payments, is already $53 million behind in pension payments, with thousands of dollars in accumulating interest payments and fees for the delinquencies the longer the school district falls behind. According to the Detroit News, “forgoing required contributions for pension payments mirrors a cash-hoarding tactic the city of Detroit pursued in November 2012—nine months before declaring bankruptcy.”

“By most measures,” write Chad Livengood and Shawn D. Lewis for the News, “Detroit’s school system remains in a financial free-fall, with a projected deficit of $166 million this year.”

One of the Detroit foundations has long focused on education issues, and its CEO isn’t happy with the dynamic she sees. “We have not seen this level of decline anywhere” in the country, said Tonya Allen, CEO of the Skillman Foundation. “And this is my opinion: We cannot keep kicking the can of debt down the road and make the children responsible.”

In December, Allen was the lead philanthropist involved in the creation of the Coalition for the Future of Detroit Schoolchildren, becoming one of its five co-chairs (the others from the Detroit NAACP, the Michigan American Federation of Teachers, the Detroit Hispanic Development Corporation, and the Walbridge construction company). Given its timetable, the Coalition should be issuing its consensus recommendations by March 31st, but consensus hasn’t been easy.

Earlier this month, one member of the Coalition, Simone Lightfoot, an education trustee of the Ann Arbor Board of Education, resigned from the Coalition and issued a stinging statement about the predetermined conclusions that the process seemed destined to reach. Specifically, she cited “the fervent political and profit centered policy pursuits of the Skillman Foundation, the United Way Foundation, the Governor and others on behalf of the EAA, charter schools and unproven educational experiments.” (The EAA—the Education Achievement Authority—is a state system running 15 Detroit schools focused on the use of an educational software package imported from Kansas City, where it is no longer used and, by the word of one detailed investigative report, of dubious benefit if any at all to the 10,000 participating pupils).

The emphasis on privatization and charters is not surprising. In Detroit, there are 97 DPS schools, 100 charter schools, and 15 EAA schools, meaning that half of the city’s school-age kids attend charters, according to Rochelle Riley, the Detroit Free Press columnist. There is no question that Detroit has to fix the financial situation of its public schools—and charters are part of the public school system, despite operating outside many of the rules of traditional schools—but the allure of  “magic” educational solutions typically involving aspects of privatization is often difficult for foundations to resist. Some of the biggest education funders in the nation, notably Gates, Broad, and Walton, are firmly behind school choice as a preferred education cure-all. It is evident that Detroit, with the third-largest set of charter schools in the country after New Orleans and Washington, D.C., has plenty of “choice” but not a lot of evidence that choice in the form of charter schools leads to appreciably better educational outcomes than regular Detroit schools. According to one community leader, “In Detroit, more parents exercising choice has not resulted in better schools, and more charter schools has not resulted in better choices.”

In the end, once the Coalition delivers its recommendations, there will still be two fundamental issues to confront: capital and leadership. The system is broke and largely leaderless. Skillman, whether focused on charters or not, is devoting its financial resources and creative energies to finding solutions to public education in Detroit. But like the Grand Bargain around pensions and the DIA, in which philanthropic and city leaders corralled and cajoled every foundation of significance, including Skillman, to participate with a financial commitment, will there be a similarly robust philanthropic effort to recapitalize Detroit’s schools?—Rick Cohen