The Nexus of Binyamin Netanyahu, Sheldon Adelson, and the Nonprofit Sector 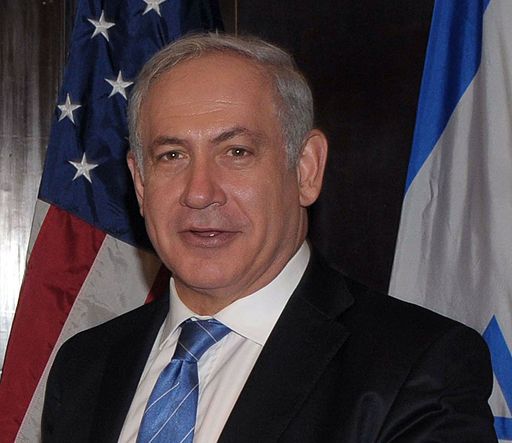 There weren’t really any surprises in Israeli Prime Minister Binyamin Netanyahu’s speech to both houses of Congress. As President Obama quickly but pointedly summarized in his response to the prime minister’s speech, Netanyahu doesn’t trust the Iranian regime and thinks no deal on nuclear weapons is better than what is currently on the table. Noting that Netanyahu didn’t offer an alternative, Obama’s off-the-cuff 11-minute rebuttal to the prime minister’s speech revealed without expressly saying so that Netanyahu bugs him, that the two leaders don’t get along or even like each other, and that both were willing, unlike most putative “allies,” to slug it out in the open rather than behind closed doors.

What most Americans may not be aware of are the philanthropic connections to Netanyahu’s presence in the U.S. Without having to weigh in on whether Netanyahu or Obama has gauged the Iranians correctly, it is important to see who might have been behind bringing the Israeli prime minister to a joint session of Congress on the invitation of House Speaker John Boehner, bypassing the normal chain of diplomatic communications that would typically involve the White House in dealing with a foreign leader.

Several articles recently have tied Netanyahu’s appearance, both at Congress and a day earlier at the American Israel Political Action Committee, to gambling mogul Sheldon Adelson, who had made support for the more intransigent side of Israeli politics a litmus test for Republican politicians and presidential candidates here. With the invitation to Bibi coming from the Republican speaker, Republican members have backed the speech to the hilt while 58 or so Democrats boycotted. According to the Jewish Business News, “To get Sheldon Adelson’s attention, potential GOP candidates must wax as eloquent as possible over the visit.”

Adelson already has Netanyahu’s attention. His Israeli paper, Israel Hayom, is actively supportive of Netanyahu’s electoral campaign and sharply critical of the Labor opposition. Other wealthy Americans have been active in directly bankrolling Netanyahu’s recent campaigns, notably the Falic family of Florida that owns the Duty Free Americas shops and other stores, the Book family of New Jersey that owns Jet Support Systems, and the Schottenstein family of Columbus Ohio which owns American Eagle Outfitter and DSW stores; together, they have accounted for half of Netanyahu’s campaign costs during his last three elections, though the cost of Israeli campaigns is tiny compared to American election expenditures.

Just to note their nonprofit credentials, the Falics have a family foundation (the Falic Family Foundation), plus Jana Falic is a co-president of the Women’s International Zionist Organization and Nily Falic has been the chair and president of the Friends of Israel Defense Forces. The publicly available 990s of the Falic Family Foundation do not specify its grant recipients, but Mondoweiss reports that the foundation has given grants to the American Friends of Ateret Cohanim, the Central Fund of Israel, and other groups that have been actively supportive of settlements in East Jerusalem and the Occupied West Bank. The Schottensteins were engaged in a contentious feud over the division of the family’s assets not long ago, spawning several different Schottenstein foundations and charitable trusts, but in other nonprofit realms, family members have been involved as trustees of Yeshiva University in New York, the Ohio State University Foundation, Bar-Ilan University, and a variety of Columbus-area Jewish charities and business-related groups. The Jay and Jean Schottenstein Foundation has also been involved in funding groups supportive of West Bank settlements, including Ateret Cohanim, whose evictions of Palestinians on behalf of Jewish settlers have been widely publicized.

Adelson’s charitable giving, however, dwarfs the philanthropy of these other families. In addition to his well publicized campaign finance support of Republican candidates, Adelson gives to ostensible nonprofits such as the Republican Jewish Coalition, a 501(c)(4) whose huge board includes Adelson plus Home Depot founder Bernard Marcus, homebuilder Larry Mizel, former Hawaiian governor Linda Lingle, and former Bush administration officials Ari Fleischer and Josh Bolten. On the day of the Netanyahu’s speech, Adelson and members of the Republican Jewish Coalition, including executive director Matt Brooks and board member and former senator Norm Coleman, were in D.C. for a campaign event for South Carolina Senator Lindsey Graham, with Adelson co-chairing the fundraising of the event.

The day before Netanyahu’s speech to Congress, Adelson personally attended a panel discussion in a Senate hearing room, the panel combining Republican Senator Ted Cruz with Nobel Prize-winner Elie Wiesel on the topic, “The Meaning of Never Again: Guarding against a Nuclear Iran.” The panel was moderated by Rabbi Shmuley Boteach, whose recent full-page ad in the New York Times accused President Obama’s National Security Advisor, Susan Rice, of having a “blind spot” about the issue of genocide. Rice’s flaw, apparently, is that she has been vocal in the Obama administration speaking against the Netanyahu speech. The personal attack prompted Jewish organizations like the Anti-Defamation League as well as Netanyahu’s office itself to condemn the criticism of Rice.

Boteach’s organization, the This World: Values Network, promoting the teachings of the self-proclaimed “America’s Rabbi,” shows on its homepage scrolling pictures of Boteach at This World events with Elie Wiesel, Sean Penn, Rick Perry, Alan Dershowitz, Prime Minister Netanyahu, and of course Sheldon Adelson. (Note that This World is listed as a sponsor of the Susan Rice ad.) Boteach himself ran for Congress as a Republican in 2012, with a campaign substantially financed by Adelson, reportedly with over $500,000 in contributions from Adelson himself.

In the days before the Netanyahu speech, Adelson’s Republican Jewish Coalition ran its own full-page New York Times ad as well as a video blasting the Obama administration’s negotiations with Iran. Last March, the Coalition convened several Republican candidates at Adelson’s Venetian resort hotel for what was called the “Adelson primary” to vet their attitudes toward Israel. Earlier in February, when the reaction to Boehner’s invitation to Netanyahu gathered steam, the Republican Jewish Coalition promised to monitor the members of Congress who didn’t show up for the Netanyahu speech, with the implication of future political “shaming.”

It all goes to show that in addition to having contributed reportedly (with his wife Miriam) as much as $150 million in campaign contributions during the 2012 election cycle and gearing up for another massive campaign finance commitment in the 2016 election, Sheldon Adelson through nonprofit and quasi-nonprofit vehicles has tentacles that reach from American politics into Israeli politics too, setting the stage for Netanyahu’s controversial speech and exacting a political price from those who might see it as improper. There are plenty of questions to be asked about a deal with Iran, especially if and when an agreement is actually on the table, but Netanyahu’s speech turned U.S.-Israel relations into a political issue, with the Las Vegas gambling mogul apparently ready to play the Netanyahu card in his high stakes game of political influence.—Rick Cohen 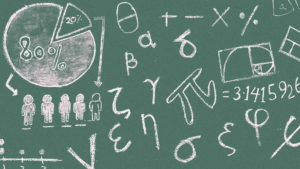 The Importance of Math in the Reporting of Billionaire Philanthropy