The Nonexistent Rural Policy Platforms of the Presidential Candidates 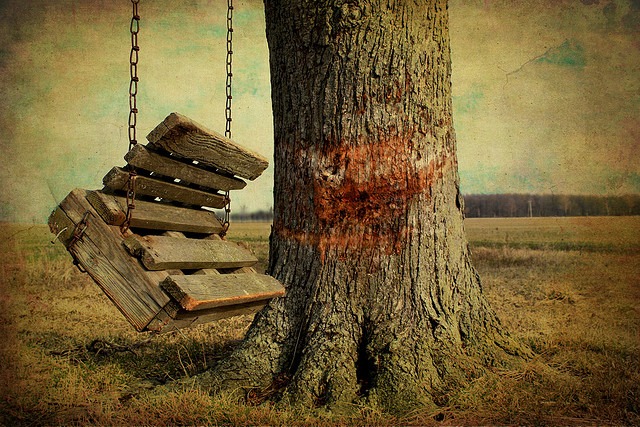 Writer Isaac Boone Davis and essayist and NPR commentator Dee Davis, founder of the Center for Rural Strategies, decided to look for the rural platforms of the multitude of men—and two women—nominally running for President of the United States. Not surprisingly, they didn’t find much. In fact, other than the “Plan for a Vibrant Rural America” released by the Hillary Clinton campaign, none of the candidates have a rural platform. Despite the Republicans’ national electoral success with rural voters, not one of the Republican candidates has a specific rural platform or bothered to utter the word “rural” in their first debate—though, in fairness, national political reporters rarely think about rural any more than the candidates do.

Given how rarely current national officeholders mention rural (except as part of a litany honoring where Americans might live: urban, suburban, rural, etc.), the two Davises might have had a very brief article had they simply summarized the Clinton plan. Instead, they chose to ask rural activists what they hoped for as components of the presidential candidates’ rural platforms should substantive rural platforms ever emerge. Davis and Davis got some interesting responses on issues that have specific applicability to nonprofits.

On rural education, Francisco Guajardo, a professor at the University of Texas Pan American, suggested that “the rural education platform should be framed around community development…We need accountability systems that are friendly and flexible enough to allow rural schools to engage in place based ways of teaching and learning.”

While calling for a rural teacher corps to “focus…on rural folk who want to be on good teachers,” Guajardo was clearly less than enamored by the behemoth Teach for America. “At the moment, Teach for America (TFA) is the only national group dedicated to sending bright young prospective teachers to rural communities, but their record is disastrous in terms of community development, because they attempt to ‘save the souls’ of rural schools and as a way for TFA corps members to get to their next gig—frequently law school or medical school.” His critique of TFA in rural would actually fit many of the criticisms of TFA in urban America.

On housing, the program vice president of the Rural LISC (Local Initiatives Support Corporation) program, Suzanne Anarde, admonished the putative candidates to “realize that having an agricultural policy platform does not encompass the entire network of rural communities.” Anarde called for programs that build “strong rural communities, with livable-wage jobs for families that support the local grocery store, schools and health care providers. And the stabilizing factor in a strong rural community is housing. Whether it is to a rental or a property they own, at the end of the day, small business owners, farmers, employees all go home.”

As NPQ has pointed out several times, the problems of healthcare access and delivery in rural America are very serious and getting worse. Alan Morgan, the CEO of the National Rural Health Association, cited 57 rural hospital closures since 2010, plus the greater problems of uninsured persons in rural areas and shortages of providers, to conclude, “Rural healthcare access must be a presidential level concern.” He called for targeted outreach to rural communities to spur health insurance enrollment, Medicaid eligibility expansion, and support of the bipartisan Save Rural Hospitals Act (HR3225, cosponsored by Republican Rep. Sam Graves of Missouri and Democratic Rep. Dave Loebsack of Iowa). The bill would provide financial and regulatory relief (such as stopping cuts in Medicare and allowing for fair reimbursement for emergency room and primary care services) to help rural hospitals survive.

On a number of issues, the support available for building and sustaining the rural infrastructure surfaced. Dave Dangler, who heads the Rural Initiatives effort at NeighborWorks, called for reinvesting in “access to broadband and to related technologies [that] will be a big boost to communities and to the nonprofit networks they are created to assist,” the infrastructure needed to keep rural afloat. Rachel Reynolds Luster, the founder of the Oregon County Food Co-op in Missouri, described her vision for “a coordinated effort to build a cross-sector rural infrastructure to support the establishment and networking of rural organizations that work in cultural fields.” The same holds for views of rural labor issues and rural investment, the need for building an infrastructure of organizations that is connected and sharing is paramount.

Under the category of “investment” were the only policy recommendations dealing with philanthropy, suggestions from Brian Fogle, the president and CEO of the Community Foundation of the Ozarks. Both Fogle and Tanya Fiddler, the executive director of the Four Bands Community Fund in South Dakota, addressed the barriers that rural communities face in trying to access federal programs. As Fogle noted, “Each new [federal government] program has such high match requirements, or are so specific and complex, smaller communities and organizations simply don’t have the capacity to access them.” But the only policy recommendation for philanthropy was Fogle’s suggestion of “some incentive or encouragement to increase private foundation investment in rural America, that could be transformative.”

A federal government incentive may not be as necessary as using the federal government bully pulpit available to the leaders of the Departments of Agriculture (where an apparently ineffectual memorandum of understanding to encourage foundation grantmaking was signed some years ago with the Council on Foundations) and the Department of Treasury (where foundations are loosely regulated through the Internal Revenue Service and where critical resources for potential public-private partnerships, such as the Community Development Financial Institutions program and the New Markets Tax Credit program are lodged). The challenge isn’t to try to get a community foundation like Fogle’s to do more, but to get the behemoth foundations— whose wealth in many cases comes from rural—to enter or reenter the rural funding arena. Close to a trillion dollars sits in foundations’ tax-exempt endowments, some larger portion of which than is currently made available could and should be deployed as grants, program related investments, and mission related investments in rural. If the National Rural Assembly, meeting this week in Washington, D.C., gets members of Congress to remind the top brass in the executive branch of the resources they possess to leverage philanthropic investment in rural America, that could be the substance of a rural platform plank that has yet to be adopted by any major politician with an eye on the White House.—Rick Cohen