The Nonprofit Lookbook: Lessons in Social Enterprise from the Fashion World 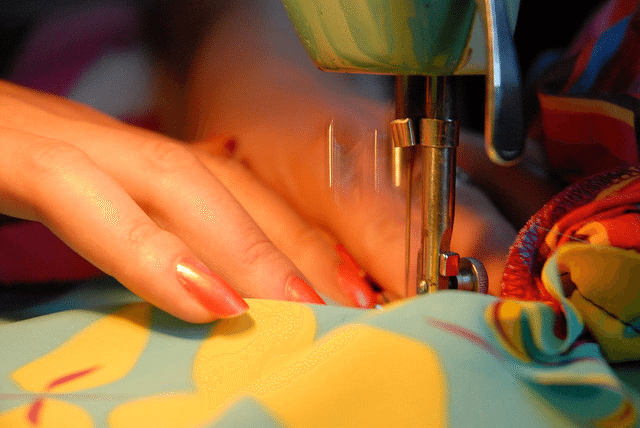 I will never forget the day I encountered the mastermind who helped craft the marriage between fashion and social justice. She sat next to me in an auditorium for a lecture at Washington University’s Brown School of Social Work, the top-rated social work school in the nation, where each of us obtained our master’s degree.

Whereas my pen and paper left trails of smoke from furious note taking, Rebecca Kousky sat in an aura of tranquility, knitting a scarf. If I had known that two years later, I would be working closely with Kousky to set up a first-of-its-kind organization that would revolutionize the field of social entrepreneurship, bridging the divide between high-end fashion and philanthropy, I would’ve laughed in disbelief.

Fast forward to graduation, and that’s exactly what we did. In 2006, Mohammud Yunus had just won the Nobel Peace Prize for his work with the Grameen Bank, inspiring hundreds of social entrepreneurs across the country to test out the theory of microlending in areas of poverty and severe need. Kousky, equipped with a visionary idea and the support of mentors and like-minded designers, attempted to marry the design of social entrepreneurship with her own passions: fashion, women artisans and fighting deeply embedded generational poverty.

Through Kousky’s creative leadership and commitment to women artisans across the globe, the nonprofit, Nest, secured $24K in seed money from the Skandalaris Center’s Social Entrepreneurship and Innovation Competition and used it to create an empire that would change the way we shop and spend our philanthropic dollars. Nest 1.0 used a spinoff of microfinance, “microbartering,” to help women artisans obtain no-interest seed money to start their businesses, create hand-crafted products, and sell them back to various markets around the world. This helped the artisans to create better opportunities for their families and ultimately raise communities out of poverty. Another integral part of the business model was the creation of collaborations with domestic designers who designated part of the proceeds of the products they sold through Nest to create interest-free microloans to the women we served. After Nest’s inception, what followed was a whirlwind of interviews on CNN, features in Martha Stewart’s Body & Soul, Domino, Glamour, Cosmopolitan, InStyle, Huffington Post, Marie Claire, and the list goes on and on.

When Nest first began, Kousky spent her days working to supplement her income with nannying and I worked as a volunteer, eventually gaining the ability to receive pay as a contractor. Models for product photos were our friends, and sets for product shots were our kitchen or our front porch. This approach worked for some time, but Kousky quickly realized that this form of social work was not sustainable or most effective for the women we served.

Instead of calling it quits, Kousky’s cunning led her to create stronger partnerships with modern luxury retailers such as Maiyet, Trina Turk, Reef, Feed and Timberland. In this way, Nest was able to focus on what it does best: help women in developing countries obtain the skills necessary to establish profitable businesses. Likewise, retailers and designers were able to concentrate on what they do best: designing products that consumers want to purchase. Ultimately, this type of partnership has created a win-win situation for both designers and artisan communities while increasing the capacity of Nest to serve others. As a consequence of taking this risk, Nest’s bottom line has increased by three times what it once was, elevating the nonprofit with a struggling program budget to a strong organization with increased capacity to serve more artisans across the world.

The evolution of initiatives such as Nest is now a staple among storefronts and celebrity parties—fashionable philanthropy, beauty that you and I can purchase with deeper implications for those less fortunate. The model leverages the American way of helping others while also helping ourselves—and it works. Take an organization like TOMS. One does not feel as bad buying a $45 pair of shoes knowing that the company will donate another pair to a child in need. By capitalizing on the desire for people to feel good about their purchases, retailers are doing good and getting rewarded.

Some speculate that tax avoidance has something to do with this new uprising in fashion and philanthropy. However, what the fashion world recognizes is that artisans in the most remote places have skills that are insufficiently leveraged. According to Paco De Jaimes, president of World Fashion Week, “Fashion and the textile industry play a big role in social development. If you look at communities that have received microfinancing, the first thing a large percentage of them do is buy a sewing machine and a piece of fabric.”

However, working in underdeveloped parts of the world with artisans who have never seen a drummel—or who don’t understand the technique required to create a highly complicated product—can create difficulties for the designer. That is why organizations, such as Nest, that can navigate the cultural divide for designers provide a much needed bridge. By offering training in machinery, computers, English or business practices in the global market, Nest helps its clients develop mutually beneficial relationships for both the designers and artisans.

From my vantage point as someone who helped get Nest on its feet, I believe that just as microfinance initiatives have metamorphosed over the years, other paradigm-shifting models of funding social justice initiatives will undergo similar changes. Therefore, nonprofits willing to take calculated risks to participate in such promising models of social work, such as Nest did with microfinance, must be cunning and agile, rolling with the punches to create a wider, more sustainable impact.

Saras Chung works as the research and operations manager for Wyman, a national youth development agency. She has published articles in peer-reviewed research journals, writes on adolescent development and runs the agency’s quality improvement processes. Prior to Wyman, Saras worked as the associate director of Nest.