The Obama Administration’s Trend Toward Secrecy 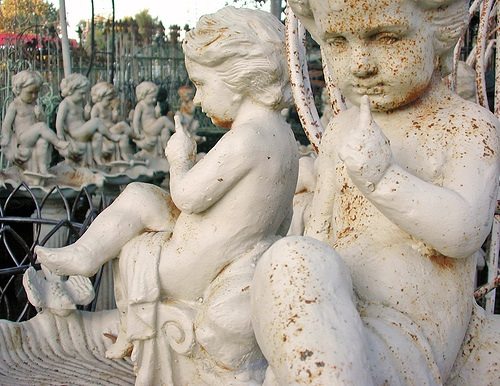 The behavior of governmental institutions—and nonprofits—that galls us the most is their knee-jerk propensity to secrecy, even when the arguments for transparency and disclosure might be compelling. Secrecy seems to be the default position of most organizations, preferring to let the facts get squeezed out of them under duress.

For example, after the release earlier this month of the health care prices paid by Medicare—a governmental program—there was much discussion that the prices negotiated between hospitals and major health insurance entities were typically kept secret. The pledge of one hospital in Miami, Mount Sinai Medical Center, to release its negotiated prices with Blue Cross and Aetna might be the first blow in undoing the secrecy between hospitals and insurers, though no groundswell of hospital transparency was immediately detectible. In California, it took two legislators to propose a bipartisan bill to rid the Covered California program, California’s first-in-the-nation state health exchange, of its distinctive secrecy policies that would deny Californians access to board meeting minutes, research findings, and information on rates of pay to companies and individuals.

In recent days, the Obama Administration’s penchant for secrecy has been subjected to meltdowns at the IRS and the Department of Justice—though no one seems to focus much on or criticize the secrecy behind the Pentagon’s and the CIA’s drone programs, perhaps because they target people in other countries, rather than in the U.S. If our society gets its cues from the top, then the Obama Administration’s secrecy trifecta this week—encompassing in varying degrees the Benghazi attack, the Justice Department’s seizure of Associated Press phone records, and the IRS reviews of 501(c)(4) applicants—may be a step in reversing the secrecy juggernaut. As the Charlotte Observer noted, “If there was ever any doubt, this week’s news gives a final burial to President Barack Obama’s worthless campaign promises about ending secrecy in Washington. To the contrary, Obama leads one of history’s more aggressive administrations in clamping down on the public’s right to know.” The Observer reported that the Obama Administration has prosecuted more leakers under the Espionage Act than all other administrations combined since the legislation was passed in 1917. In a piece for the McClatchy-Tribune chain, op-ed writer Richard Parker chimed in that, “contrary to its many promises, the Obama administration loves the darkness of secrecy far more than the disinfectant of sunlight.”

In Counterpunch, investigative reporter Jonathan Franklin asks whether Barack Obama is turning into the new Richard Nixon. The latter was known for his “obsession with leaks, propagation of secret wars and creation of a list of enemies.” It’s a stretch to imagine any president could be so historically ignorant as to slip into the paranoid path of Nixon, but there is no question that Obama’s predilections in this direction are hard to ignore. For nonprofits, the danger is that the sector’s adamant stance on nonprofit secrecy will make it a handmaiden to the dangerous secrecy that the White House and many other public and private sector entities pursue as a matter of course.

Right now, the nonprofit sector faces a challenge as to whether it will acknowledge that the time for 501(c)(4) donor secrecy has come to an end. Disclosure of the money behind (c)(4)s is imperative. The nonprofit sector has to begin to model the kind of behavior necessary to the maintenance of a functional democracy. That means calling for 501(c)(4) donor disclosure and a campaign in favor of maximizing the cleansing power of sunlight—the public’s right to know—whenever and wherever the public interest demands it. And that starts with the Administration’s excessive use of secrecy when it is entirely counterproductive to the best interests of freedom of speech, freedom of political thought, and freedom of the press.—Rick Cohen