The Obama Foundation and the Barack Obama Presidential Library 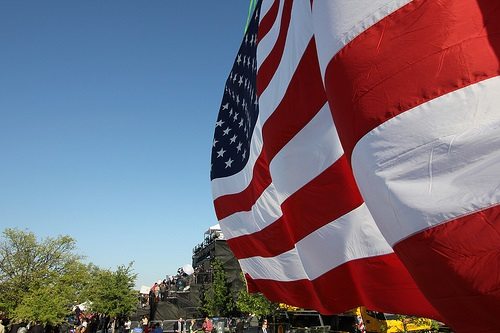 The two sites outside of Chicago on the shortlist are Columbia University and the University of Hawaii. President Obama is linked to both: Columbia is where he did his undergraduate work and Hawaii is where he was born. Full proposals are due from the finalists by December, presumably in accord with the issues and criteria outlined in this Request for Proposal

Because President Obama is still the serving president, his presidential library hasn’t gotten much attention compared to the Clinton and Bush libraries. The foundation’s board is chaired by Martin Nesbitt, the founder of a Chicago-based airport-parking firm as well as of a hedge fund called the Vistria Group and a former vice president of the Pritzker Realty Group. Nesbitt’s partner in the parking firm, the Parking Spot, was Penny Pritzker, the Chicago real estate investor who now serves the Obama administration as Secretary of Commerce. The immensely wealthy Pritzker was one of the top campaign bundlers for the two Obama presidential campaigns, and Nesbitt himself was campaign treasurer of the 2008 campaign.

As it stands now, the Obama Foundation and its presidential library planning effort look like subsidiaries of the Pritzker business empire. That shouldn’t be surprising. Presidential libraries generally start as enterprises convened and supported by key political supporters. However, we can imagine the possibility that the “acting” before Robbin Cohen’s formal title suggests that the Obama Foundation has yet to fully establish itself with a formal staffing structure. For example, the George Bush Presidential Library Foundation, based in College Station, Texas, has 34 staff people according to its GuideStar profile. The George W. Bush Foundation, located in Dallas, has 10 employees. The William J. Clinton Foundation, recently renamed to include Hillary and Chelsea in its formal name, reports 275 employees on its GuideStar profile.

It is all but assured that as the Obama Foundation makes progress on selecting a site for the presidential library, it will initiate major fundraising efforts and probably programmatic initiatives along the lines of President Obama’s three immediate White House predecessors. Assume that the current acting executive director eventually returns to the world of real estate development. The scrum among acolytes of President Obama to become the permanent executive director will be something to behold.—Rick Cohen