The Papacy’s Lessons for Succession Planning? 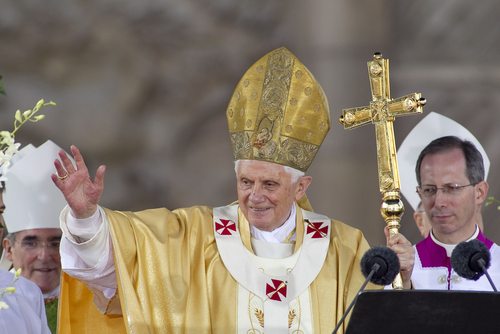 Along with the rest of the sector, the leadership of the Catholic Church is aging and does not always turn over easy. But reports have it that now former-Pope Benedict pledged his obedience to the new pope yesterday. That is something, considering what can often happen when power struggles for the heart, soul, and direction of the organization continue well past the transition period at an organization.

As is the case with many transitions where the leader has effectively aged out of the job, and in many leadership transitions in general, there is unfinished business that needs to be attended to – dust, some of it now possibly toxic, that has built up in the corners of the organization. Some believe that the Church needs a “rebranding” effort, partially due to its “reputation for anachronism,” but what does that really mean? The Church has a number of substantive issues outstanding with its partially wandering and partially adherent flock: a declining “market share” in the west; a quickly withering number of priests and the recurring and oft-squelched specter of women’s ordination; the need to control all those nuns who believe in liberation and poverty-oriented work regardless of the sexual identity of potential collaborators; the persistence of the sexual abuse issue combined with the compulsion to try to dictate reproductive rights when that horse has long since left the barn even among many adherents…

And now there are strange allegations circulating in the Italian press about another possible impending scandal that some speculate may have been the last straw for the former Pope. It is thorny stuff and the term “rebranding” may not really capture the charge. Certainly, no one believes that changing the logo and getting a better publicist is what is needed here.

There may yet be hope that the Church is ready to actually change in order to live in the same century with the rest of us, at least in the view of Fr. Tom Resse, a historian and senior fellow at the Woodstock Theological Center at Georgetown University, who said, “At the past two conclaves, the cardinals elected the smartest man in the room. Now, it may be time to choose a man who will listen to all the other smart people in the Church.” –Ruth McCambridge