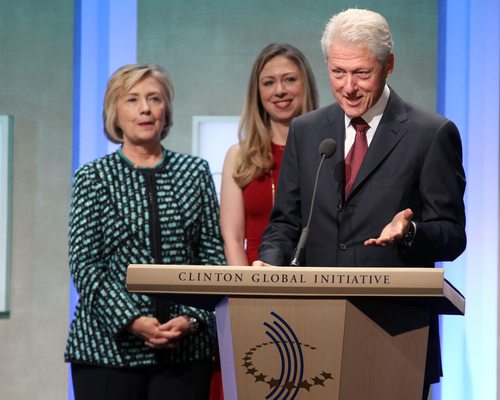 If you have spent any time with Bill or Hillary Clinton in person, as this writer has, you’ll get this point: Whether you like or hate their politics, you cannot deny their brilliance. The former president is a phenomenal, freewheeling thinker, able to integrate knowledge from multiple sources with insight that puts him a level above the crowd. His spouse, the former senator and Secretary of State and probable presidential candidate, possesses a steely, directed brilliance that is in sharp contrast with her more extemporaneous husband. Even on their individual merits, were they not the most powerful political couple in the United States, you would want to hear them talk—and maybe even pay them to do so.

But speaking fees for Bill and Hillary Clinton—and now their daughter Chelsea as well—are a cause for nonprofit and philanthropic concern, particularly with nonprofit entities that pay huge sums, six- and seven-figure fees to bring the Clintons to the dais. The news reports about the speaking fees and related political blowback regarding the Clintons have been increasing geometrically: