The Problem with “Innovative” and Fetishized Nonprofit Approaches to Homelessness 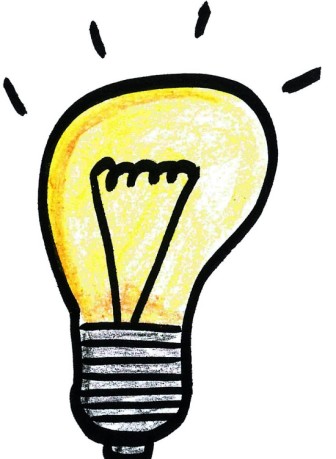 For some time now, NPQ has covered the myriad of housing solutions that are being proposed to the homeless crisis, from the controversial tiny house movement to the use of shipping containers and even artificial igloos. This is hardly a new phenomenon. We have seen one bright-eyed young thing after another come up with a social enterprise in this sphere, get a bunch of press and then, presumably, move on. Most of these ideas exist outside the realm of what most people would long for in their own housing,

Take a newly minted nonprofit in Boulder, Colorado, that has come up with the idea of placing affordable housing in local backyards. Goose Creek Neighborhoods has just received its IRS determination letter and is wasting no time getting the message out, although maybe it should. David Adamson, the executive director of Goose Creek, is proposing that established neighborhoods fill their backyards with smaller houses, or even tiny houses. “When you get more people living on the dirt, it makes the rent go down,” said Brad Smith, a renter in a proposed eco-district in Boulder where there are already homes behind homes. In order to open land to a more diverse population, the program would ask homeowners living from 6th to 9th streets in Boulder to join a land trust and essentially share their land.

It remains to be seen how many people would buy into this idea. Aside from clearly assuming the best in his neighbors, present zoning laws do not permit Adamson’s concept of doubling the amount of homes on a plot of land. He also does not elaborate on how he will convince the current residents who have purchased their homes in this neighborhood, which was defined and complete as far as they knew, to make such big changes. There is no mention of how the cost of the little houses would be paid, or even who would pay them.

While one could argue that at least this nonprofit and others are proposing solutions to combat the problem, it’s important to note that proposals such as Adamson’s and the proposed “igloos” in Hawaii only offer temporary relief. They do not address any of the underlying causes that would cause someone to lose a stable home and seek alterative housing.

The search to find realistic, long-term solutions to homelessness is only further complicated as cities are torn on the best way to address homelessness, as seen in San Diego, California last week. The San Diego Union-Tribune reported that “hardscaping”—rocks installed by the city to deter homeless encampments below a freeway overpass—has sparked a debate between people arguing for compassion and residents demanding safer, cleaner streets and sidewalks clear of homeless people. The hardscaping, which is similar to the spikes we have seen implemented elsewhere, was installed at the request of some residents, who cheered as the rocks were being delivered.

Those advocating for homeless resources were appalled by the rock solution and called on the city to install tiny homes as a “long-term” fix instead of forcing those without homes to simply move to another area. Ironically, as Jeeni Criscenzo, president of the homelessness nonprofit Amikas, told reporters at a press conference outside the San Diego City Hall, “instead of coming up with innovations, [San Diego officials] came up with pest control.”

Yet, as NPQ has reported, there are two sides to the coin when it comes to the tiny house movement, a fact that some in the nonprofit community have repeatedly failed to acknowledge. There’s nothing wrong with tiny houses in general, but when they are promoted as a solution to homelessness, they take on a different potential. As NPQ readers know, in contrast to the fully-fitted-out smaller living space that a tiny house by choice provides, tiny homes for homeless people are often the size of a garden shed. After tiny homes popped up in the San Pedro community of Los Angeles, Los Angeles City Councilman Joe Buscaino felt it would not be long before they became a threat to public safety.

Buscaino pointed out some of the problems with just giving homeless people tiny homes. Being built with wheels means they can be moved frequently enough to skirt laws against loitering or trespassing. While the homes offer shelter from the elements, they often lack running water, restrooms, temperature regulation, and cooking amenities. Some likened the San Pedro tiny home community to a chaotic homeless encampment with better facilities. When considering its serious limitations, the tiny homes themselves can be considered “pest control,” or as noted by Criscenzo, simply moving from one non-solution to another without addressing the underlying causes of homelessness.

What’s missing from all of this is an understanding of the human complexity of what we call “homelessness” and the need to consider issues like community, engagement, and integration. The prospects as we look at them focus on the structures, often fetishized and entirely inadequate, and we are reminded of other marginalized, overcrowded, low-income ghettos around the world. In short, the discussion’s lack of maturity undercuts some more serious consideration of cause, need, and solutions. The problem is with innovation that believes its own bright-eyed press: It cannot and should not stand apart from historical lessons and respectful and engaged practice.—Carrie Collins-Fadell, Marian Conway, Shafaq Hasan, and Ruth McCambridge