The Rich are Irrelevant…and Other Thoughts about the Donor Pyramid 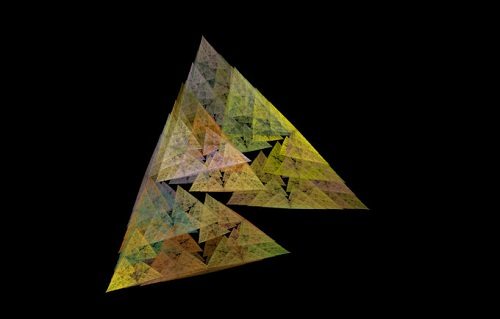 “The rich are irrelevant,” said Tom the other day. And so started a very interesting conversation.

Tom is my life partner and a donor communications expert. We often talk about our shared experience in philanthropy and fund development. Our respective work takes us down similar paths that often diverge and then reconnect. This philanthropy thing is our life’s work—each of us alone and both of us together.

“Instead,” Tom continued, “you and I see giving as the chance to balance the scales of selfishness. Of course, all humans are selfish. Our own biology demands self-care, self-protection, fighting for our own safety and our own way of living. And if history isn’t enough to show us this selfish truth, neuroscience now documents our selfishness.”

“Of course, human beings are insightful enough to know that we’re built for selfishness. Neuroscience proves this, too. So we try to balance the scales of selfish and unselfish.”

Think about it. People balance the scales of selfishness by giving.

Philanthropy, voluntary action for the common good, is one way we balance the scales between selfishness and unselfishness.

But fundraising gets off track. Too often, fundraising focuses on money. Fundraisers and their organizations search (too often desperately) for money…and the bigger the bucks, the better.

“Fundraisers and their organizations keep searching for the top of the pyramid,” Tom said. “They don’t spend enough time moving the base up.”

Ah, yes, the pyramid and its top: the pinnacle of the pyramid, where so few donors reside. And fundraisers focus on the top. They and their organizations keep looking up. Too few fundraisers pay too little attention to too few people.

The fundraising pyramid focuses on the rich. The pyramid devalues people. Ascending the pyramid forces fundraising into a particularly narrow focus: big bucks—and only the rich have those big bucks.

There’s an irony in the pyramid, the notion that the people at the top are special and better. The pyramid gives off a certain resonance…royalty, for example. Slaves built the Egyptian pyramids for the pharaohs. Talk about “better” and “special!”

Why do we call it a “pyramid?” At least we could call it a “triangle.” There’s no negative resonance with a triangle. Maybe we could somehow avoid what I call “philanthropy’s moral dilemma” if we called it a triangle.

But more importantly, aiming for the top of the pyramid—or even the triangle—is so limiting. How about we reconceptualize? Visualize the triangle with a big bulge somewhere in the middle, above the base and below the pointy top. Maybe the bulge looks like cloud cover surrounding the middle of the mountain. Maybe the bulge is like a big donut pushed down over the top, settling around the middle section of the triangle.

“A bequest is usually the largest gift a person ever makes,” noted Tom. And fundraisers know that loyal donors (not necessarily rich ones!) make bequests.

What if fundraising focused on rejecting the pyramid, embracing the triangle, and building the bulge? What if fundraisers spent more time and energy and expertise and experience moving the base of the triangle into a big bulge right in the middle? Sure, if you can get to the top, go for it.

Embrace the rich. Just don’t focus on them.

What a luxury for Tom and me. We can encourage our clients, and those who read our writings and attend our workshops, to transition from pyramid to triangle. We can promote a big bulge.

Yes, the rich can be irrelevant.