The Scion of the Conservative Half of Berkshire Hathaway: Charles T. Munger Jr.’s Philanthropy 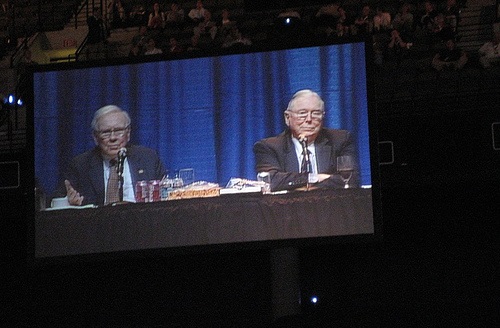 The Los Angeles Times ran an interesting piece recently about Charles Munger, Jr., the 58-year-old son of billionaire Charlie Munger, who is trying to “remake [the] GOP with big donations.” The father is the politically conservative partner of Warren Buffett at Berkshire Hathaway. Charles Jr.’s spending of $78 million on a variety of conservative political causes is a lot of money but not a huge dent in the family wealth.

NPQ has written about Charles Jr. before, including his position—opposite his sister Molly—on K­–12 ballot initiatives in California and his support of the 501(c)(4) California Reform Institute which had reportedly concocted a plan to transform State Senator Sam Blakeslee from San Luis Obispo into a viable candidate for statewide office.

The Times reports that Munger is a “central force in the Republican Party’s attempted comeback from its two-decade slide in California,” though others might say that rather than reversing the slide, Munger is simply keeping the party alive with a pulse. However, within the Republican Party itself, with its ever-increasing rightward lurch, Munger draws criticism because, in Republican terms, he has supported moderates over conservatives. In the hyperbolic words of former California Republican Chairman Mike Schroeder, Munger was on a “fool’s errand…to purge one of the wings” of the Republican Party.

The intersection of the politics and the philanthropy of a high-net-worth individual is always revealing. In the case of Charles Munger, Jr., a number of his nonprofit engagements are through his 501(c)(4) entities, including Hold Politicians Accountable, aiming at reforming how electoral district boundaries are drawn, and Californians to Defend the Open Primary, organizing to protect the state’s nonpartisan open primary law. In both entities, there are board members—one in Hold and two in Californians—who work for the law firms representing the organizations and bill their costs on an hourly basis.

Munger’s philanthropy includes the grantmaking of the CNC Foundation, a rather small foundation that gave away $395,000 in grants in calendar year 2013. Its most significant grantmaking looks as follows:

Charles Jr.’s philanthropic and charitable profile is quite the opposite of his sister Molly’s. She is listed as a director of the Advancement Project, the progressive civil rights organization fighting against voter ID laws and against the school-to-prison pipeline, the 501(c)(4) Our Children Our Future, and, with the likes of Eric Garcetti (now the mayor of Los Angeles) and Stewart Kwoh (former chair of the California Wellness Foundation), UNITE-LA, the convener of the L.A. compact geared to getting all students through Los Angeles public schools to degrees and post-secondary education opportunities.

It isn’t likely that Charles Jr.’s attempts to revive the Republican Party in the Golden State will put California into the Republican column in 2016. But if Charles T. Munger Jr. is somehow a revivalist Republican concerned about the party’s excessive drift to the radical right, it will be interesting to see who he decides to back and potentially bankroll out of the scores of Republican presidential candidates hoping for the nod for 2016.—Rick Cohen