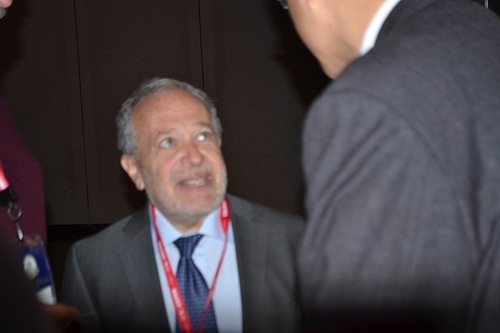 Former Secretary of Labor Robert Reich writes about the sequester as a “stealth” policy. The dire consequences predicted by the White House simply haven’t come to pass, or at least not yet. (Increased delays at Transportation Security Administration airport checkpoints? How would you know what’s an increased delay? Shutdowns of federal facilities? The federal agency cutting back most rapidly on staffing and sites is the Post Office, unrelated to the sequester.)

Reich warns that the disastrous predicted impacts haven’t occurred, but if you just watch and wait, you’ll see the sequestration cuts start to show up. He cites nonprofits as likely to be hit by the cuts, including Brandeis University outside of Boston where he used to teach, which anticipates the loss of $51 million in federal research grants and contracts. On a smaller scale, but affecting people in need very directly, Reich notes that the Salt Lake Community Action Program had to close a food pantry serving 1,000 people a month, the Southeast Alaska Regional Health Consortium is in the process of shutting an alcohol and drug treatment facility, and slots for some 180 kids will be lost by the Cincinnati-Hamilton County Community Action Agency’s Head Start program.

The stealth aspect is that the sequester isn’t hitting like a tidal wave of lost programs and services. The accretion of budget cuts gets little visibility due to their dispersion across thousands of agencies and programs at the federal, state, and local levels—remember that states and localities lose in the federal sequester because of intergovernmental transfer funding that is lost, such as reductions in community development block grants.

Tell us: Has your nonprofit begun to feel the impact of the sequester? Can you share with us where you’re getting cut, and how your agency plans to deal with the consequences?—Rick Cohen