The Strategic Advantage of Nonprofits 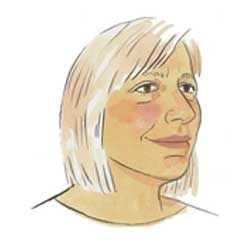 First, I want to introduce one of the articles from our upcoming summer edition of the magazine, “It’s a New (Old) Day for Volunteerism: Crowdsourcing Social Change.”

I feel like I have lived this particular article, and its importance cannot be overstated. (Story to come – see below.)

Second, and still before my story, I want to tell you that if you subscribe now to the Nonprofit Quarterly you will get a special deal: five issues for the price of four.

This is a great deal, especially since the quality and breadth of the articles in our upcoming summer issue – which focuses on our sector’s 2011 workforce – is worth the price of the entire subscription.

In the issue, due out in July, you will find articles on the talent market and why it still seems to be hard to find the right staff, even during this so-called jobless recovery; on coaching; on the good, the bad, and the ugly of 360° evaluations; and on what organizational characteristics translate to high nonprofit CEO salaries. Don’t miss this edition! It is a valuable current resource on a complex issue.

One of my most life-changing experiences was being a volunteer. I had gone to Kansas as a single mother with my two children to start over in some ways, and when I got there, knowing no one, one of the first things I did was find a way to volunteer. It was with the local battered women’s shelter – Women’s Transitional Care Services.

The first thing I noticed was that I was held to high standards – I had to apply to go through a thirty-six-hour training, and be approved after that. Then I had to spend a certain amount of time each week on my assigned tasks for a prescribed period before ascending to the board–and then I had to participate in decision making.

It was all very systematic and very human. I was taken care of–loved up as a colleague –respected for my opinion and my capacity to contribute. No one said to me, “That’s not your job.”

We became embroiled in local political arguments that got right to the roots of our basic analysis of the problem of violence against women, and I was present, as I wanted to be present. No one said, “You are merely a volunteer.”

The experience built me up to an extent that almost thirty years later I am still calling WTCS’ name, and I hope that I returned the favor in my own way.

The value of that situation – where there were only three staff people, sixty current volunteers, and hundreds of former volunteers hovering around the organization – was fully felt when the organization came under political attack and suffered funding losses at the same time. The volunteers were a force to be reckoned with. They were strategic and grounded in the necessity of the work, and committed to what they had helped to build.

To me, this kind of effort is the soul of our work in communities.

The involvement of people in work that redresses injustice and makes communities healthy and vibrant places to live in is not rocket science, but you have to commit to it and them to make it work.

Anyway, this is my love letter to WTCS thirty years later – and my advice to each of you reading it. Think about what energy lies fallow around you, and rethink your organizational structure, so as to develop and use it more wisely.

Don’t forget to take advantage of our subscription deal – get a free issue (5 for the price of 4) when you subscribe now.