The Talented Mr. Charity Scammer (Alleged): Who Is This Guy? 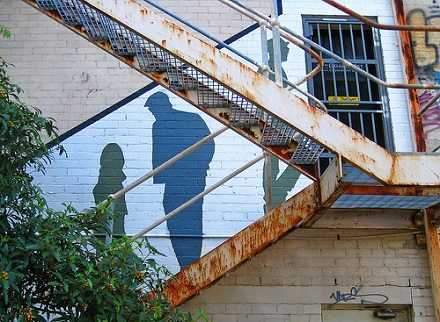 This is a “ripped from the headlines” story line that should become a script for “Law & Order”—except that the real heroes are the press. Remember the U.S. Navy Veterans Association (USNVA) that the NPQ Newswire wrote about more than a few times? The allegations suggest a true scam, headed by one Bobby Thompson, bilking donors out of more than $100 million in donations between 2002 and 2010. Federal marshals caught up with Thompson in Oregon in April and put him in the slammer in Cleveland, Ohio—though he probably could have been shipped off to any of a number of states where the USNVA had done fundraising. Like a good mystery, however, the authorities figured out that there was no such person as Bobby Thompson. The guy they had in custody refused to identify himself and signed all documents with an “X.” There were no fingerprint matches, no nothing on “Thompson.”

So then began a fruitless search that ended with an excellent use of Google. Figuring that this might not have been “Thompson’s” first brush with the law, federal marshals began Googling combinations of keywords such as “missing,” “vets,” “fraud,” and “fugitives.” They unearthed a “Wanted” poster from 1987 picturing someone named John Donald Cody, who had been charged with IRS fraud charges and espionage. The marshals thought the guy in the poster looked like “Thompson,” especially his “distinct coiffure that dangled to [his] brow.” They also noticed that the wanted poster said that Cody had no tear ducts (instead, it said that he constantly used eye drops) and had been a lawyer in Arizona. When arrested, “Thompson” had two bottles of eye drops and several fake Arizona IDs. The feds then asked the military for Cody’s fingerprints and matched them to those taken after “Thompson’s” arrest.

Yes, “Thompson” is really Cody, according to Peter Elliot, U.S. marshal for the Northern District of Ohio—though sources tell us that he still won’t confirm or deny his identity, regardless of the evidence cited here and it remains to be seen whether he will answer to the name of Cody in court. According to the Plain Dealer, Cody is fluent in several languages and is a Harvard Law School graduate.

Give credit to the investigative reporters at the Tampa Bay Times. Under the leadership of the now retired Jon Testerman, the Tampa Bay team broke the story about “Thompson” and the USNVA at a time when state and federal authorities simply weren’t on to this alleged con man’s alleged charitable con. The Tampa Bay Times stories are a textbook example of the excellent work the Fourth Estate can do in promoting charitable accountability, a demonstration of why the press can and should cover the nonprofit sector.—Rick Cohen