The Whole Mess at Whole Foods: Questions of Leadership and the Personal Sphere 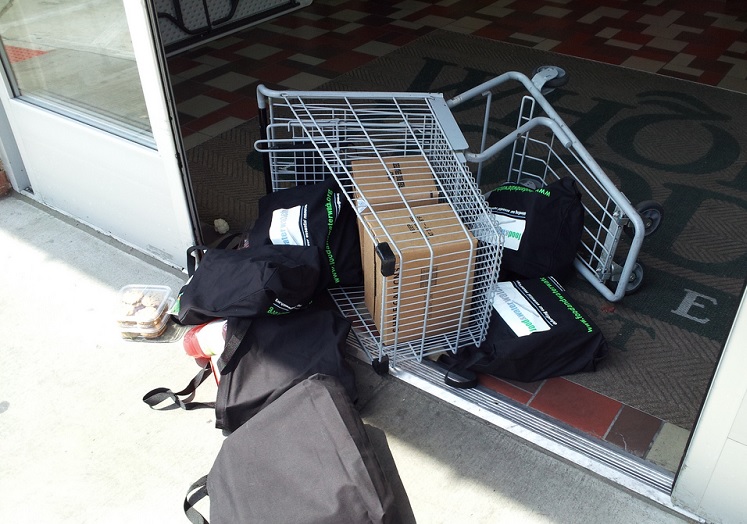 Nonprofit leaders know—or should know—that their behavior off the field can have potentially enormous reputational effects on the organization you lead. In other words, the personal is political…or professional. For instance, is it possible to be on the board of a nonprofit run by an alleged sex offender and not have this relationship rub off on your company? Whole Foods CEO John Mackey thinks so, but an online petition is pressuring him to leave the nonprofit think tank founded by Marc Gafni, a former orthodox rabbi turned new age guru who has left a trail of abuse, pain, and despair in his wake.

In December, the New York Times published an article on Gafni, his troubled past and his “think tank,” the Center for Integral Wisdom (CIW), which is registered as a religion-related and spiritual development nonprofit. The article outlines Gafni’s background as a religious teacher and the litany of accusations against him, which has prompted the Jewish community to speak out even further about Gafni’s history. A group of rabbis posted a petition on Change.org to pressure John Mackey, president of Whole Foods and board co-chair of CIW, along with other organizations to “stop Marc Gafni from abusing again.” So far, Mackey’s only statement is that his relationship with Gafni is personal and not related to Whole Foods. Mackey also removed his video interviews with Gafni from the Whole Foods website, claiming that this means he is leaving Whole Foods out of it.

To some, this is tantamount to agreeing with Gafni’s behavior, which Gafni has alternately owned up to and denied. In 2006, Gafni expressed remorse at his actions, stating that he had a “sickness” and needed help. Since then, he has radically changed his tune and recently told the Times of Israel that the petition is “a sad expression of herd mentality or group think, the action of the hateful mob who have no actual validated information.” This claim goes against the actual testimonies of victims. Judy Mintzer and Sara Kabakov are the main two women who have gone on record about what Gafni did to them, but the stories and complaints go beyond just these two. The long history and recent pressure from these complaints has prompted many of his friends and supporters to disavow themselves from him.

Unsurprisingly, Gafni has tried to show how he is the victim of a personal vendetta:

For 31 years [Judy Mintzer] has been encouraged to be a victim. Judy is not acting alone. She is a part of well-organized and funded social group. She received strong social approval and reward for being a hero breaking the silence, which is ironic because she has not stopped talking about this and attacking me for decades in so many different ways, causing me and my children and friends a massive amount of substantive damage and pain.

Consistent with his tack of “the best defense is a good offense,” Gafni has also appropriated the language of victimhood by saying that he has felt “socially raped.”

Given the petition, the stories, the testimony, and the facts, how can Mackey downplay this relationship? A California-based lawyer and victims’ advocate named Elizabeth Cucinotta Sorvillo has taken exception to Mackey’s claim that his business and “nonprofit” work belong to separate spheres.

“Whole Foods is incorrect in their statement,” Sorvillo said. “We are not just talking about a personal relationship, but a professional relationship as well. Mackey has a fiduciary responsibility to his shareholders to not associate with an alleged child molester.”

In this article, writer Nancy Levine said that she wrote to Shane Yonston, a principal advisor with Impact Investors, who responded that the “reputational risk” to Whole Foods was real, and that investors would be watching the conflict closely. But beyond the impact on Whole Foods is how Mackey’s business and nonprofit philosophy don’t stack up when it comes to Gafni. Michael Schulson, the associate editor of Religion Dispatches, has an excellent take on the matter. He calls Mackey’s position a “moral blindness” and highlights the hypocrisy of a CEO who has been a proponent of “conscious capitalism” that seemingly excludes a conscious awareness of the pain of sexual abuse.

If we look at Conscious Capitalism, which is Mackey’s missive on “liberating the heroic spirit of business,” he writes that a “business cannot truly evolve, learn, and grow if its leaders—particularly the CEO—are not learning and growing as well. Companies can become blocked from essential organizational evolution if their founder is psychologically and spiritually stuck.” Why does this philosophy not apply to the founder of a nonprofit for which he is board co-chair? Whole Foods has started many charitable initiatives, such as the Local Producer Loan Program, Health Starts Here, and the Whole Planet Foundation. Could these causes, by association, also bear the negative brunt of Mackey’s association with Gafni?

Rabbi David Ingber, who posted the petition on Change.org, told The Jewish Week that as Gafni “rises in the New Age world, he continues to act with impunity. We in the Jewish community didn’t do enough years ago. We could have prevented many of the more recent victims.” Just like the hypocrisy of Bill Cosby’s moralizing about black respectability and Jared Fogle’s trying to help childhood obesity, Marc Gafni’s views and new age spirituality look very much like an attempt to overshadow the pain he has caused by letting the world know what a “profoundly good person he is.” John Mackey is compounding this hypocrisy and bringing Whole Foods with him.

Let’s hope the Change.org petition continues to gather steam and convinces John Mackey to make a consciously capitalist decision to abandon Gafni and his organization. And for other nonprofit leaders who believe the increasingly porous boundaries between their personal and professional lives will protect the organization if you get up to wrongdoing, think again.—Amy Butcher