This Is What Downsizing Looks Like: the San Diego Opera 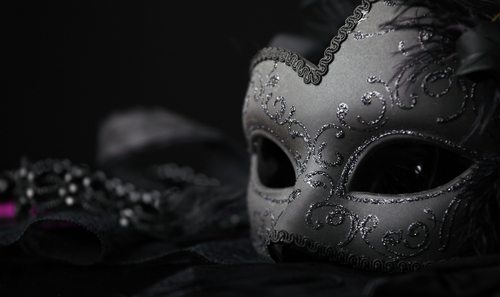 The 49-year-old San Diego Opera almost suffered an untimely death this past summer when the board voted to close it down, despite the fact that it was not running a deficit and had no debt. The decision seems to have been partially based on some assumptions about the viability of opera companies everywhere. In the end, there was a stakeholder rebellion and the company was rescued by a loose coalition of volunteers. Meanwhile, the board’s vote to close the opera resulted in $2.23 million in donations to keep it open and, reportedly, there has been a 285 percent increase in first-time subscribers this year over last.

Still, the opera knows that it need to conserve its resources for rebuilding, so it has moved from the penthouse of the Civic Center Plaza, which had great views, to the offices formerly inhabited by the public defender with nice views of the adjoining parking lot. This saved $400,000 a year.

The staff of approximately 40 employees was cut by a third, and those who remained took 10 percent pay cuts, including union members. The board also downsized from 57 to 26, possibly due to acrimony caused by the upheaval. Finally, there will be only three productions staged this year instead of the usual four. Still, it is not yet clear if these cuts will be the right reorganization, along with fundraising to erase a projected $1.5 million shortfall for next year.

Karen S. Cohn, who was the president of the board when it took the vote to close in March, has resigned and is unhappy with those who are left. “I cannot support what is going on,” she said of the new coalition and its efforts. “This is a group of people who are not focusing on going forward. They are focusing on ruining people who spent 31 years doing wonderful things for San Diego. I don’t want to ruin their chance of going forward, but I don’t appreciate how they have handled this.”

Ms. Cohn says that the opera better be looking for new donors because she is not coming back. “I’m going to Los Angeles, or I’m going to New York,” she said. “Not here.”

The current board president, Carol Lazier, thinks that the oddness of the vote to close helped build momentum. “I think what happened with San Diego was a blessing, in that it really came out of the blue, so everybody rallied to help it survive. I look at the New York City Opera. Everyone got tired of it, hearing over and over again, ‘Oh we’re in trouble’…We weren’t in trouble,” she said. “We were a highly regarded opera company that suddenly went belly up. It got everyone’s attention. The formula wasn’t sustainable.”

William Mason, the former general director at the Lyric Opera of Chicago, is the acting artistic adviser and he has a positive outlook, “I think the prospects are very good,” he said. “Like opera companies all over, there is a little bit of rethinking that has to happen…Frankly, if I didn’t think the company was viable, I would have said, ‘Thanks very much, but no.’”—Ruth McCambridge

In the Wake of COVID-19, Artists Are Ready to Work—If We Support Them

Mayors Petition Congress to Give It Up for the Arts

You Can Access ProPublica’s Easy Tracking Tool for PPP...

New Round of Museum Layoffs Coincides with Expiration of PPP...