Time for an Independent Review to Fix the IRS 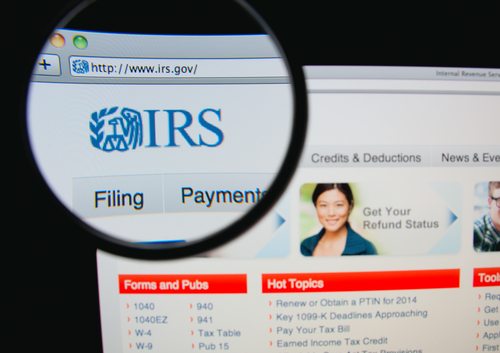 The announcement that the IRS just nixed the 501(c)(4) application of Arkansans for Common Sense accomplishes two things. One is that it shows that the IRS is not targeting solely right wing Tea Party groups, but has taken aim more broadly at groups that are overly partisan in their politics regardless of their left or right leanings. The other, coming in the wake of Congressional hearings chaired by Representative Dave Camp (R-MI) and Representative Darrell Issa (R-CA), is that the IRS scandal that started with the admission of Lois Lerner of the special scrutiny given to Tea Party-affiliated 501(c)(4) applicants merits an independent review.

In its rejection letter, the IRS wrote to Arkansans for Common Sense that it was “not primarily operated for the promotion of social welfare for the people of the community because [its] primary activities are the participation in a political campaign on behalf of or in opposition to a candidate for public office.” According to the Center for Public Integrity, the organization “played a prominent role in the failed re-election bid of Senate Agriculture Committee Chairwoman Blanche Lincoln in 2010.”

The organization received its unwelcome rejection letter just before Lois Lerner’s admissions about the Tea Party 501(c)(4) reviews. However, the organization is now defunct, so whatever it did in its election support of Senator Lincoln is now part of the history of a group that isn’t around to rap on the knuckles. The reality is that many of the 501(c)(4) social welfare organizations—those approved as well as those queuing up for IRS approvals—have precious little social welfare content to their activities. The IRS should have been taking a harder look at these organizations all along and whacking the applications of many whose social welfare activity was, in retrospect, proportionally microscopic.

But that leads to the second element of this story: It’s time to take the Lerner scandal and the Service’s review of 501(c)(4) applicants out of the hands of the Treasury Inspector General for Tax Administration (TIGTA), whose immediate report on the Tea Party reviews was not a particularly well done piece of work, and out of the hands of the Issa and Camp committees, whose political venom makes enemies of Democrats who should be allies in trying to fix the IRS rather than score points for or against the Obama administration.

The chief archivist at the National Archives, David Ferriero, testified this week that the IRS “did not follow the law” and had not followed proper record-keeping procedures regarding the emails of Lois Lerner and other officials lost due to hard drive crashes, particularly in the agency’s failure to report the crashes and lost emails. IRS commissioner John Koskinen said, in explanation of the quotidian nature of the Lerner hard drive crash, that 2,000 IRS employees have had their hard drives crash just since January 1st of this year alone. Who would have imagined that the agency that tells taxpayers to keep copies of tax records for years at a time would be beset by computer crashes?

On CNN, CNN correspondent John King, the Associated Press’s Julie Pace, and National Journal writer Ron Fournier could barely contain their snickers as they replayed Koskinen’s response to Representative Issa’s question about whether he had tipped off the White House about the lost emails—“I did not. If you have any evidence of that, I’d be happy to see it.” The “evidence” phrase made Koskinen sound like a defendant on Law & Order. Pace said Koskinen’s (or the IRS’s) “tone seems a little bit off if these are emails that just simply disappeared. You might imagine that someone might say, ‘Hey, we’re really sorry about that,’” and Fournier pointed out that Koskinen’s answer was more like “I’m innocent—but if you happen to have anything that suggests I’m not innocent, I’d love to know.”

There are serious issues now at stake: rebuilding the public’s trust and confidence in the IRS, ensuring that the Service gets the resources it needs to do its job (including keeping staff computers operational), and fixing systemic problems that seem to have existed prior to the Lerner scandal. Fournier’s recommendation seems to be right—it’s time for a review and correction, independent of TIGTA and independent of the congressional scrum.—Rick Cohen