Time Running Out for States to Choose Medicaid Expansion 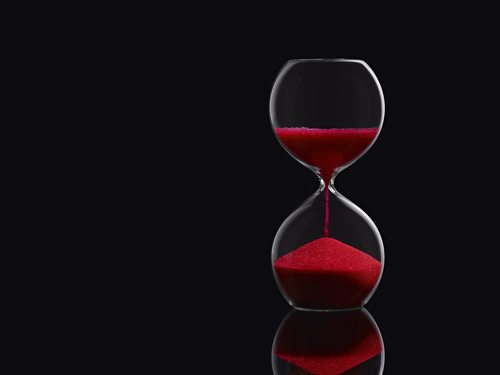 Will states turn down the opportunity to receive federal assistance in expanding their Medicaid programs so that more poor people will have access to healthcare coverage? As readers know, this is an option, not a mandate, under the Affordable Care Act, and many Republican governors and legislatures have chosen to reject the opportunity.

According to Stateline at the Pew Charitable Trusts, 16 states seem to be on the side of expanded Medicaid benefits, but 27 are going the other direction. The surprise moves in favor of expansion came from Arizona’s Jan Brewer and Florida’s Rick Scott, though Scott is so unpopular in Florida even with his own Republican base, he was unable to get the Republican-dominated legislature to go for the Medicaid expansion. Even Brewer’s move could be undone by her ostensible allies in the legislature.

Arkansas’ Democratic governor Mike Beebe came up with a homegrown alternative of using Medicaid dollars to buy insurance on the private market. Though the rationale for that simply escapes us, the idea has attracted some advocates in otherwise recalcitrant states: state legislators in Bobby Jindal’s Louisiana and Rick Perry’s Texas; Ohio, where Governor John Kasich has been open to something like the Arkansas plan; and Montana, though the prospects for any of those states is slim.

Some states are beginning to make some long-awaited moves. This week, West Virginia’s Democratic governor Earl Ray Tomblin announced he would expand that state’s Medicaid program—and he doesn’t need the support of the legislature to make it happen. Indiana’s legislature left the issue in the hands of its Republican governor, Mike Pence, who seems to favor expanding Medicaid, but through the state’s Healthy Indiana Plan, which requires federal HHS sign-off.

Opponents are now salivating because of the release of research findings that suggested that expanded Medicaid doesn’t always automatically lead to improved health outcomes for Medicaid recipients. But, wait; the study’s conclusion (based on two years of data on a sample of participants in Oregon) was that expanded Medicaid “did increase use of health care services, raise rates of diabetes detection and management, lower rates of depression, and reduce financial strain” as compared to a control group of people without health insurance coverage. Are we missing something here? Isn’t this study, based on data covering a relatively short time period for measuring health outcomes, suggesting the start of a positive trend for poor people who would finally be getting coverage—and perhaps need additional support such as improved diets and better living conditions for long-lasting and more widespread health improvements?

A couple of states still on the fence have convened commissions or task forces to look at the impact of Medicaid expansion. A November 2012 study from the Missouri Foundation for Health examined the potential impacts of Medicaid expansion there, and came up with a sober set of conclusions. If Missouri accepted the expanded Medicaid deal, the federal government would put $8.2 billion into program between 2014 and 2020, 96.1 percent of the expansion costs, and the state would put in $332.9 million, or 3.9 percent of the expansion costs. With expansion, an additional 218,165 Missourians with incomes up to 138 percent of the federal poverty level would be eligible for Medicaid in 2014, and some 220,932 by 2020, but only 73 percent of the newly eligible people would enroll, for a total of 161,281 new Medicaid participants by 2020. But because of the coverage that these otherwise uninsured people would be getting, insurance premiums purchased from commercial providers by market consumers will actually decrease, poor people won’t be overtaxing emergency rooms for basic healthcare services, work productivity will increase, and jobs will be created.

The study concludes: “Medicaid expansion would be highly beneficial to the Missouri economy and its citizens.” So, as a result, Missouri is at this time not pursuing the expanded Medicaid coverage. It just goes to show you. Notwithstanding the facts about providing healthcare coverage to the poor, some states’ governors and legislatures are simply going to go their own way to leave poor people underinsured and ill served. Facts will get nonprofits heard, but it is going to take grassroots mobilization and old-fashioned community organizing by nonprofits to get desperately needed healthcare coverage for poor people. Given a deadline of January 2014 for making this happen, with legislative calendars to be negotiated, this advocacy has to ramp up soon.—Rick Cohen