Time to Allow Ed Snowden Back from Exile 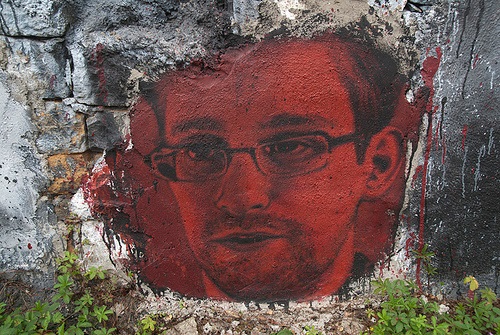 There are probably points to be made pro and con about the National Security Agency’s surveillance activities. Some probably go much too far with carte blanche from the Obama administration and violate the constitutional right to privacy all Americans should expect. Others are probably necessary due to the nature of the threats this country faces from individuals, institutions, and even foreign governments aiming to cause disruption and harm.

Nevertheless, there is no reason for the U.S. government to maintain its posture that Edward Snowden is a malefactor who must be prosecuted. Rather, the evidence seems to be piling up that Snowden functioned as a classic whistleblower, revealing secret government actions that were illegal and actually unconstitutional. In fact, unlike many whistleblowers, Snowden seems to have acted without expectation of monetary compensation. He acted simply because he perceived that the NSA’s meta-surveillance programs far exceeded what was allowed by law.

Congress has in its own way validated some of what Snowden disclosed. In the recently enacted USA Freedom Act, Congress followed up on Snowden’s disclosures by eliminating the NSA’s powers to collect phone records without a court order. The Congressional vote was a big step in a long line of creeping admissions (after initial denials) from the U.S. government that the NSA’s meta-surveillance programs were out of control and needed to be reined in.

Do people think that it’s fun being a whistleblower, that there are some big kicks to be experienced from going into exile or, more mundanely, losing one’s job and becoming seen as a pariah among friends and colleagues? Some small measure of comfort for the likes of Snowden must come from the people around the world who have rallied to his cause, even as the Obama administration maintains the hardline position it seems to take in most whistleblower cases.

For other whistleblowers, the cases are smaller and the outcry likely to be limited, making the whistleblowers’ bravery to be admired all the more. For example, James Vivenzio of Great Falls, Virginia was the former Penn State student who blew the whistle on the Kappa Delta Rho fraternity for its hazing practices and incidents of sexual assault. After several months of ignoring Vivenzio’s disclosures, Penn State finally suspended the frat from the campus for a three-year period. “I never intended to become a whistleblower,” Vivenzio said at a news conference. “I was afraid somebody could die unless the abuse, the [fraternity’s secret] Facebook 2.0 site, and all that was going on, were shut down.” Having pledged Kappa Delta Rho when he was a freshman, Vivenzio ended up initially dropping out of Penn State and ultimately being hospitalized for post-traumatic stress disorder from what he had witnessed and been subjected to. That plus the social ostracism he must have endured make Vivenzio’s whistleblowing experience something that no one would want to experience—unless you really knew that you had to stand up and not let both the frat and the school go along as though nothing was wrong.

In other instances, whistleblowers are treated like common criminals. Thomas Drake, another NSA whistleblower, was targeted by the U.S. Justice Department for his disclosures to journalists about illegal NSA practices. The Obama administration went after Drake hard, though the case against him was eventually thrown out by a district court judge, who deemed the Justice Department’s actions against Drake “unconscionable” and having failed the “smell test.” Now, after all of that, word has come that as part of its prosecution, Justice Department lawyers may have destroyed evidence that should have been provided to Drake’s lawyers. Justice says that it acted in accordance with a standard government policy regarding destruction of documents, but Drake’s attorney, Jesselyn Radack, says that no such policy existed covering the documents in question. In fact, there was a clear policy that required their retention. To an outsider, it sounds like the case against Drake went from prosecution to persecution, which is what many whistleblowers know they face.

As the Obama administration tries to ferret out whistleblowers for unrelenting prosecution, some governmental agencies are making whistleblowing a near impossibility. In North Carolina, the state senate just overrode the veto of Governor Pat McCrory in order to make the so-called “ag-gag” bill law. According to Lindsay Abrams writing for Salon, the senate override allows “businesses to sue employees who secretly record illegal activity, as well as activists who enter private property without permission.” The clear aim of North Carolina’s ag-gag law is to protect the state’s factory farms from employees who might reveal health and safety violations found in meat and poultry slaughterhouses. Making North Carolina’s ag-gag law potentially the nation’s worst for whistleblowers is that it doesn’t just apply to agriculture, but extends to nursing homes, day care centers, and veterans facilities. All things considered, it might be easier to be an NSA whistleblower facing President Obama’s Justice Department compared to blowing the whistle on a pig farm in North Carolina.

Back in 1971, Daniel Ellsberg copied and released the “Pentagon Papers,” which were then published by a number of mainstream newspapers. Even at that time, Ellsberg was seen by many as a hero, though he was prosecuted for his actions. Today, Ellsberg’s courage, integrity, and stature are widely acknowledged. In an interview with Al Jazeera, Ellsberg said that Snowden should be thanked for having disclosed the information that he did. He doesn’t deserve to have been forced into exile.

According to Jacob Weisberg writing for Slate, Snowden fits all the requirements of a legally protected whistleblower: He exposed violations of the law, abuses of authority, gross mismanagement, and even the waste of public funds. Snowden’s only shortcoming on the whistleblower front is that whistleblower protections don’t apply to people who work for intelligence agencies. With President Obama ending his two terms as the nation’s leader, he could rectify this situation, according to Weisberg, and offer Snowden a deal that recognizes his whistleblowing as a service to the country rather than an act of espionage. Obama’s alternative is to let Snowden sit in exile and dump the case onto the lap of the next president.

History vindicated Ellsberg in short order as the government of South Vietnam ultimately collapsed without much of a shred of popular support not long after the Pentagon Papers went public. With the Congressional action on the NSA, Snowden has been vindicated as well. It’s well past time to let Snowden return from exile and be recognized for having had the temerity of a whistleblower to tell the American public what the NSA was doing to American citizens in the name of security. And, while we’re at it, let’s comb the federal and statement governments to get rid of ag-gag and other laws that tell whistleblowers that their public service is a crime.—Rick Cohen