Tips from the 2012 Social Media for Nonprofits Conferences 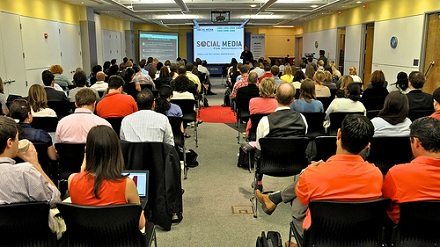 Social Media for Nonprofits has expanded its conference series from last year’s seven-city tour to twelve cities this year, including conferences in Canada and India. Only four conferences remain in 2012, and here are some social media tips nonprofits have been taking away from the series thus far:

Has your organization taken any social networking knowledge away from the 2012 Social Media for Nonprofits Conference that you think it would be helpful to share? –Aine Creedon