To Some, Summerfest CEO’s Pay Seen as Bummerfest 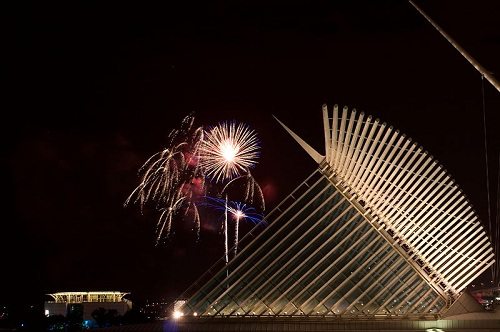 In a recent newswire on nonprofit executive compensation, NPQ pondered what should be considered “excessive or too low” and asked how we know the answer to such questions. Our recommendation was that organizations look at more than one measure, as suggested by Linda Lampkin in her 2006 Nonprofit Quarterly article, “You’re Paying What? How to Set Executive Compensation.” That article might be needed in Milwaukee, where a controversy is swirling regarding the salary of Don Smiley, the CEO of a major music festival, Summerfest, who has seen his total compensation package increase from $280,864 in 2005 to more than $772,575 in 2011. Milwaukee Journal Sentinel columnist Daniel Bice puts this figure into context by noting that it is more than the salary of President Barack Obama and more than the combined salaries of Milwaukee’s mayor, county executive, sheriff, and police chief.

According to Bice, at issue is not just the size of the compensation package but also the level (or lack) of transparency in the process of determining it. Milwaukee Mayor Tom Barrett is calling for the full board of the Milwaukee World Festival, the nonprofit that oversees Summerfest, to consider Smiley’s compensation in open session; in the past, it has been determined by a small personnel committee in a private session. Milwaukee World Festival has a 26-member board of directors. Ted Kellner, the executive chairman of Fiduciary Management Inc., is president of the board and chairs the four-person personnel committee charged with setting Smiley’s salary. Kellner says that it is quite common for nonprofits to have such discussions in committees as opposed to with the full board, but he adds that if a motion similar to Barrett’s proposal came from the floor, he would have the board consider it.

Should the salary of the CEO be discussed in open session, or is that an invitation for people to start needlessly bickering? Is Smiley being paid way too much or, as Kellner points out, is he simply getting what he would receive if he did the same job in the private sector? Smiley has reportedly overseen many improvements to the festival’s facilities during his tenure and has negotiated a long-term lease with Milwaukee. However, Summerfest attendance, which some may consider the ultimate measure of a CEO’s success in this type of role, has not returned to the one million attendees mark that it hit in 2001 and 2002. To what extent do such bottom line results play into the compensation equation? –Rob Meiksins