Top Nonprofit Execs: Why Not Just Disclose Your Salaries? 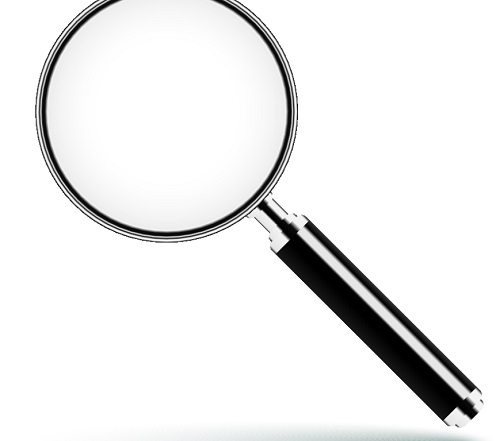 The NPQ Newswire doesn’t typically comment on articles not generally available to the online public, but many of our readers subscribe to the Chronicle of Philanthropy and therefore have access to the Chronicle’s profile of the new president of the California Wellness Foundation, Judy Belk. Belk joins Wellness, a respected health conversion foundation, after 10 years with Rockefeller Philanthropy Advisors, an organization we have turned to in the past for insights into the world of charitable giving by wealthy donors.

A part of the profile we found completely perplexing came in the context of Belk’s commitment to transparency. After expressing the hope that she would make the Wellness Foundation’s grantmaking process more transparent, part of her desire “to demystify the philanthropic world for those very community groups we support,” Belk declined to reveal her salary to the Chronicle’s writer. Belk noted that the salary would eventually be revealed in the foundation’s Form 990. Belk’s “commitment to transparency apparently has limits,” the Chronicle’s Michelle Gienow wrote.

That isn’t a limit to transparency; it’s a violation of the spirit of the law. Belk knows that her salary will have to be revealed in due time, but her message to nonprofits and the Chronicle’s readers is that you’ll get it when you get it. And it won’t be soon, because the lag time in the publication of 990s in public venues—such as the Foundation Center and GuideStar, for example—means that her official salary won’t be available to most of the public until perhaps 2016, when the foundation’s 2014 990 is revealed. Even then, because she won’t have worked a full year, her annual salary won’t immediately be clear.

Moreover, Belk’s decision to withhold the publicly required disclosure of her annual salary isn’t a limitation in transparency. Transparency, as when Belk discussed her desire to reveal what happens in the inner workings of the foundation when nonprofits submit their applications into the foundation’s decision-making black box, means going beyond what is required by law. To reveal what the law requires is simply the law. To tell readers and constituents that they’ll get the information when the legal document—the foundation’s tax filing—is made available is a bit of a slap in the face and not in the spirit of transparency.

Belk’s 2012 salary at Rockefeller Philanthropy Advisors was reported in the organization’s 990 as $264,750 plus $46,438 in other compensation from RPA and related organizations for a total of $311,188 for 35 hours of work a week. In the 2012 Form 990PF of the California Wellness Foundation, the president and CEO, Diana M. Bonta, received compensation of $476,923 for 60 hours of work a week plus an additional $32,278 contributed to employee benefit plans. In 2011, Bonta’s predecessor, Gary Yates, received compensation of $638,047 plus $41,178 in contributions to employee benefit plans and $2,827 in expense account and other allowances, though $110,146 of the compensation was for unused personal time to be paid upon Yates’s retirement. By declining to disclose what will eventually be public record, Belk has turned her salary into something that seems secret. It shouldn’t be. Knowing that the information will eventually be in the 990PF, a foundation executive shouldn’t tell the public to wait until they finally get access to the tax return.

To be fair, Belk is hardly the only high-level executive profiled in the Chronicle in recent years who declined to disclose the salary of his or her new job. A quick search revealed “declined to disclose it” statements attached to interviews and profiles of Domingo Barrios, the top fundraiser for the Heifer Foundation, Scott Steen of American Forests, David Yarnold at the National Audubon Society, fundraiser Lisa Mantone at WNET, Cecilia Conrad in charge of the “genius” grants at the MacArthur Foundation, Barbara DeBuono at Orbis International, Steven Derks at the Muscular Dystrophy Association, Jim DeMint at the Heritage Foundation, Margaret Spellings running the George W. Bush Foundation, and LaJune Montgomery Tabron, the new CEO of the Kellogg Foundation, just to name but a few.

It seems to be the norm that people choose not to disclose their otherwise publicly disclosable salaries. It would probably be hard to get them to submit to these profiles if they were compelled to reveal the salaries they had signed on for in their new jobs. With some digging, one can find for each of these persons, as we did for Belk, the individual’s previous salary and his or her predecessor’s compensation. Why make the process so mysterious going forward? It isn’t a strong statement in support of transparency.—Rick Cohen