Transformation of Women’s Prison Will Be Guided by Former Inmates

NPQ has written about the Bayview Correctional Facility in the past. Having been bought by the NoVo Foundation, it is slated to be turned into a women’s building. But Peter Buffett and his wife Jennifer went a step further to involve women who had spent time in prison in the planning to understand what changes would properly honor the situation.

Peter Buffett, as readers may remember, called charity done in a top-down way a “perpetual poverty machine” in 2013, and since then his foundation has gone on to make a number of investments for the benefit of low-income women and girls, investments guided by the women themselves on.

Buffett has said that the building’s history as a prison makes it appropriate to involve formerly incarcerated women, and it was able to do so because NoVo supports groups working with women in prison, including the Women & Justice Project.

The Omaha World-Herald spoke to Miyhosi Benton, a formerly incarcerated inmate and an associate of the Women & Justice Project. She wants at least some of the programs to help women to avoid prison, and she thinks that it is partly her business to ensure that as many of her friends as possible are lending their voices to the planning.

“There was disbelief and shock when I heard the building that was a place of punishment, degrading and isolation would be transformed into a place of uplifting and empowerment,” Benton said. “All the time, every step of the way, our voices are being heard and listened to on the outcome of the building. It’s magnificent.”

Tamar Kraft-Stolar, co-director of the Women & Justice Project, says the building will be full of programs working on social issues that lead women to be confined. “It’s balancing the pain and the horror of the place of incarceration with this incredible opportunity to transform this place. […] There’s a feeling of hope where there often wasn’t hope before.”

All over the world, girls and women are deeply undervalued, but when they are supported, they have a tremendous opportunity to change their own lives and the lives of so many around them.

The building’s programming is being developed through a transparent collaborative process, still underway. Eventually, Shifman said, a separate nonprofit group will probably operate the building. “We expect the building will last longer than the NoVo Foundation.”

The transparent and collaborative process is a design principle. “Women who have experienced the most discrimination, violence and abuse often have the most visionary ideas about the ways to transform conditions in our society that lead to that kind of discrimination and violence in the first place,” Shifman said.

According to the International Center for Prison Studies, about one third of all incarcerated women globally are in U.S. prisons.—Ruth McCambridge 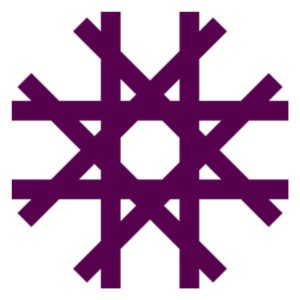