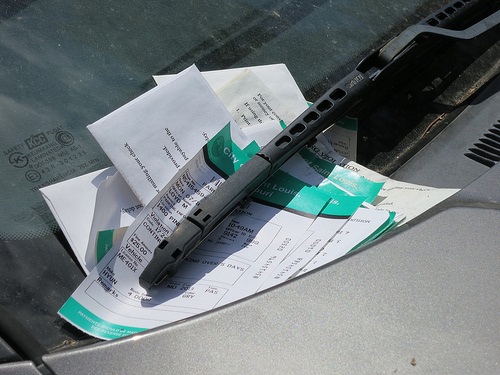 Hopefully, racial justice advocates concerned about the racially biased policing that was revealed in the Justice Department’s review of Ferguson’s—and actually the state’s—abominable municipal court system. As NPQ has noted in previous articles about Ferguson, particularly as reflected in our interviews with Ferguson Commission co-chair Rev. Starsky Wilson, one of the issues underlying the problems of Ferguson was the practice of the municipal courts and municipal police of the small inner-ring suburban communities in St. Louis County to finance their local government operations by issuing ever-increasing fines and fees for minor infractions such as parking tickets and jaywalking.

In a bill passed by the Missouri House and Senate, the practice of municipalities to “target the poor and use courts and police departments as ATMs” would be restrained. The bill would limit the fine for minor traffic offenses to $300, stop localities from adding onto those fines in cases when offenders miss court dates, and prevent for the most part jailing people for failing to pay traffic tickets.

Fundamentally, the bill, SB5, gets at the way municipalities use fines and fees to pay for municipal functions. According to Virginia Young of the Post-Dispatch, “Cities that use municipal courts as revenue generators would have to look elsewhere. Fines and fees from minor violations could furnish no more than 12.5 percent of the general operating revenue for municipalities in St. Louis County and 20 percent in the rest of the state.”

St. Louis County officials protested the lower cap for their municipalities than in the rest of the state, but reporting by the Post-Dispatch has shown St. Louis County to be a “national hot spot for ticketing” whose revenues support 90 municipalities, 81 courts, and 63 police departments. Democratic legislators representing these mini-communities complained and hinted at litigation challenging the purportedly unfair way they are being treated under the legislation. However, the Post-Dispatch’s report shows that a number of tiny suburban municipalities finance large parts of their general operating budgets from municipal court fines and fees: Pine Lawn (63 percent of its general operating revenues), Bella Villa (59 percent), Vinita Terrace (55 percent), Cool Valley (52 percent), and Beverly Hills (51 percent). Ferguson by comparison gets only 17 percent of its revenue from court fees and fines, but that’s $2.1 million in fines out of $12.3 million in general fund revenue.

A Democratic bill prompted by the Ferguson protests? Not exactly. The legislation was sponsored by a Republican, State Senator Eric Schmitt. House Speaker John Diehl, another Republican, said the bill would end “taxation by citation.” Republicans have in the past also proposed legislation to rationalize the cacophony of jurisdictions using policing for minor infractions to pay for the costs of local government, but a lot of the work behind this bill and others comes from community-based organizing.

The Post-Dispatch article provided a clue with a quote from Jeff Ordower, executive director of Missourians Organizing for Reform and Empowerment. Young noted that Ordower was particularly complimentary of the provisions in the bill eliminating jailing people for traffic tickets and offering community service to pay off tickets. However, making these changes lead to improvements in the treatment of people of color in this region is another matter. In response to an effort last month of St. Louis County municipal courts to enact some reforms in advance of the state legislation, the nonprofit legal assistance group Arch City Defenders tweeted its concern that residents might have no reason to trust community policing reforms “coming from the same people who have jailed them for their poverty for decades.”

Ordower and his allies from MORE might want to remind the St. Louis County officials bemoaning the restrictions on their financially motivated predatory policing practices that giving up some of their court booty makes more financial sense than the alternative: fending off a Justice Department settlement for the racially discriminatory impacts of relying on tickets, fees, and fines to pay for municipal government. For its negotiations with the U.S. Justice Department to avoid having its police department shut down and to sidestep other measures, Ferguson has hired a Chicago-based attorney—at a cost of $1,335 an hour.

It’s good that a bipartisan coalition came together to support this legislation. But a solid piece of credit ought to go to groups like MORE, not only for their consistent advocacy, but their research, such as the February report, “Transforming St. Louis County’s Racist Municipal Courts,” making the case to Republicans and Democrats alike that running municipal governments based on “gotcha” speed traps, enormous traffic tickets, and threats of imprisonment and worse for minor traffic violations abets the racist behaviors that the Justice Department report found in March. It is what organizers are supposed to do, and MORE has done it well.—Rick Cohen