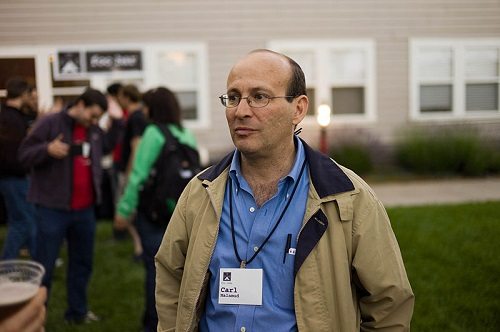 As NPQ readers know all too well, 990s are public information and can be accessed through websites like ProPublica and Guidestar. (Guidestar displays a few years for free, and an organization’s entire history of 990s for a fee.) Both sites also provide a summary of some of the pertinent data from the 990s; ProPublica opens it all to the…well, public, while Guidestar saves them for premium subscribers, though Guidestar’s summaries contain more data and more fields.

But beyond that, digging into a nonprofit’s 990 requires scanning the data in a PDF version and hoping to find what you’re looking for, like that nugget on payments to a vendor or an investment in this or that corporate stock. It’s possible to do some in-depth data dives on campaign finance and lobbying at OpenSecrets.org, our favorite source, but on nonprofits, both 501(c)(4)s and (c)(3)s…not so much, to put it mildly.

Earlier this year, Carl Malamud, who runs Public.Resource.Org, filed a Freedom of Information Act request for all 990s in machine-readable format. The IRS was less than enthusiastic about Malamud’s FOIA request, saying that the information was already available in PDF format, so nothing else needed to be done.

Based on getting stiffed by the IRS, Malamud this week filed a lawsuit in the U.S. District Court in Northern California to challenge the IRS denial. We find it’s always interesting to read the court documents for insights into what is going on. A few items from Malamud’s complaint are reproduced below:

The complaint recounts meetings with IRS personnel who confirmed to Malamud that there were no technical reasons why the 990s could not be released in machine-readable format; “only policy considerations were preventing release.” What policies, and what consideration? The complaint recounts a meeting Malamud had with Lois Lerner, the now-former head of the IRS tax-exempt unit, who explained that nonprofits with less than $10 million in assets had the option of e-filing, but were not required to do so. According to Malamud’s complaint, Lerner explained that, “if these nonprofits knew their e-file data were to be released in a ‘more transparent’ fashion, they would elect to file paper copies instead to avoid the problem of ‘too much transparency.’”

So, in Lerner’s analysis, although the 990s are public information, making them actually usable and machine-readable could result in “too much transparency.”

In its denial of the FOIA request, the IRS contended that, “Form 990 data do not constitute a recognizable record, but rather a continuous string of numbers that includes confidential return information. Our existing process for providing releasable copies of Form 990 is to convert the MeF data into a PDF format and withhold confidential return information from the resulting form.” Whether or not one agrees that the MeF-formatted 990s contain confidential information (Malamud says that the Schedule B information is removed from the MeF 990s), the IRS’s contention that the scrubbed returns couldn’t be converted back to MeF or some other machine-readable format is hard to believe.

Our thoughts? You go, Carl Malamud! We have heard from plenty of experts that the technology is there, and so the task could be undertaken. If Malamud wins, the cause of transparency will be significantly advanced. Sign us up!—Rick Cohen