Transparency International Survey: How Corrupt Are NGOs in Developing Nations? 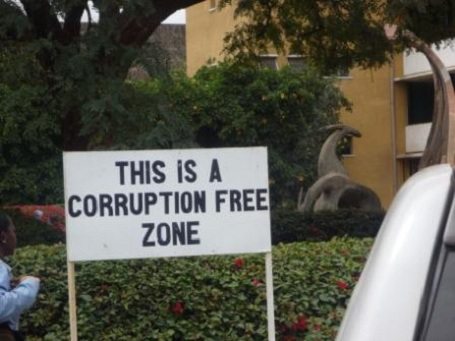 The challenge of official governmental corruption is a longstanding problem in troubled countries such as the Sudan, Afghanistan, and Haiti, to name a few. Transparency International’s regular surveys of global corruption typically yield devastating insights into the deepest problems of U.S. foreign relations. TI’s survey for 2013 was based on the survey responses of 114,000 people in 107 countries on their views of corruption in their home nations.

Few readers will be surprised by the TI findings: “bribery is widespread,” “public institutions [such as the police and the judiciary] entrusted to protect people suffer the worst levels of bribery,” “the democratic pillars of societies [i.e., political parties] are viewed as the most corrupt,” and “powerful groups rather than the public good are judged to be driving government actions.”

There was no country in which NGOs were identified as the most corrupt institutions. On the scale of 1 to 5, with 1 as “not at all corrupt” and 5 as “extremely corrupt,” the average corruption rating of NGOs was 2.7, which made them the second least-corrupt category (behind religious bodies at 2.6). That still strikes us as rather high, though it’s possible that a survey all about corruption could cause that result to emerge. Nonetheless, in some countries, NGOs were seen as corrupt, notably in the Sudan (4.0), South Sudan (3.7), Lebanon (3.7), Serbia (3.7), and Yemen (3.5).  Other countries that ranked relatively high in perceptions of NGO corruption were Venezuela (3.4), Tanzania (3.4), Israel (3.3), Russia (3.3), Peru (3.3), and in something of a surprise, Japan (3.3).

NGOs are often perceived as being linked to governmental or political agendas; therefore, the ineffectiveness of the governments of the Sudan and South Sudan in the use of international aid from donor countries may account for NGOs being seen by their populace as corrupt. In Russia and Israel, countries with somewhat similar laws and regulations meant to control NGOs that receive support from foreign sources, NGOs are sometimes seen by authorities as politically troublesome and likely to follow foreign agendas, leading to their corruption rankings.

NGOs functioning in what the Organization for Economic Cooperation and Development calls “fragile states”, which typically receive large amounts of foreign aid, face multiple challenges. Their reputations and effectiveness are not wholly reliant on their own managerial and technical skills, but on the governmental and political dynamics of the nations they are trying to assist.—Rick Cohen