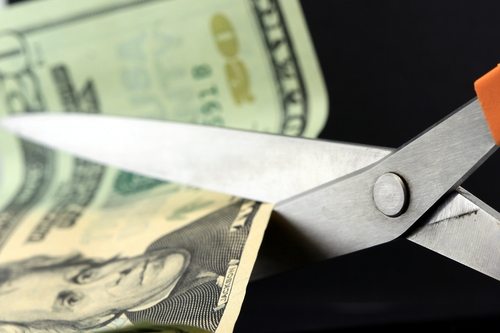 Mick Mulvaney has now been confirmed as budget director for the Trump administration. In a memo from the Office of Management and Budget, he has issued a hit list of programs to eliminate. These include the National Endowment for the Arts, the National Endowment for the Humanities, the Corporation for Public Broadcasting (which helps to fund PBS and NPR), the Corporation for National and Community Service (which funds AmeriCorps and Senior Corps), and the Appalachian Regional Commission. These will likely be followed by other proposed cuts to federal agencies as Trump prepares his first presidential budget.

Each of these entities has a constituency, of course; some are extremely widespread, with active local networks, and there is a long road forward to the eventually enacted budget. Most have been targeted for elimination in the past and all have survived.

This isn’t a sign from Trump that he will be particularly fiscally conservative; he plans to spend on things like the border wall, infrastructure, and increased military capacity. “A balanced budget is fine,” Mr. Trump said in an interview with Fox News last month. “But sometimes you have to fuel the well in order to really get the economy going.”

“I want a balanced budget eventually,” he added, “But I want to have a strong military.” Yes, and a wall currently priced at between $12 and $25 billion. And thousands more immigration enforcement agents, and—oh yeah—the extra private prison cells.

Steve Bell, a former staff director of the Senate Budget Committee who is now with the Bipartisan Policy Center, said the identified targets are very traditional for Republicans budget-cutters, but not exactly on point since they are not the ones causing the deficit.—Ruth McCambridge

Correction: This article has been altered from its original form. Although, according to the New York Times, the memo “proposed reducing funding for the Neighborhood Reinvestment Corporation, a nonprofit organization focused on urban development,” it is not one of the programs that the OMB has recommended for elimination. NPQ regrets the misunderstanding.

More about: National Endowment for the ArtsNonprofit NewsPolicy