Trust for Nonprofits Wanes Globally but Inches Up Infinitesimally in US 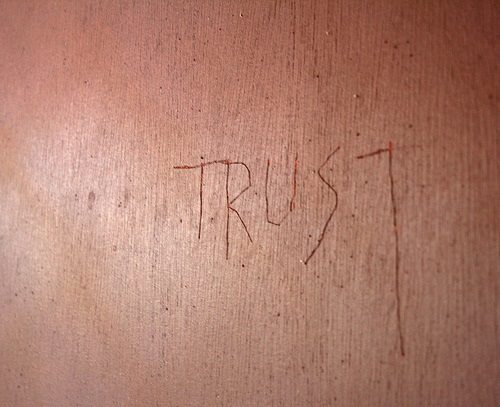 As we all know, public trust in you—your reputation—is necessary for nonprofits, so it’s an important characteristic to track as an individual organization. But the degree to which the whole sector enjoys the confidence of the public is also important because as an asset or deficit, it is shared. For 15 years, the Edelman Trust Barometer has tracked trust in the institutions of business, government, media, and non-governmental organizations (NGOs), and it has just released its latest report.

Over that time, it reports, trust in NGOs is still the highest of all four sectors. It has grown on a global level while trust in the media has waned. Business experienced a fall from grace but is recovering a bit, and trust in government took a real dive.

But this past year has been tough on trust across the board, at least on a global level. In the executive summary, the report reveals:

“In the period prior to the Great Recession, there was an exchange of trust among the four institutions. For example, in the early 2000s, we saw a rise in trust in non-governmental organizations that ﬁlled the gap left by loss of trust in business and government. But now we see an evaporation of trust across all institutions, as if no one has the answers to the unpredictable and unimaginable events of 2014.” 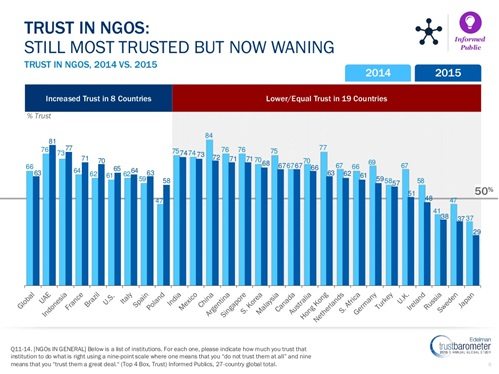 And trust in NGOs did drop, except in a few countries (including the United States) where trust in nonprofits increased last year from 61 percent to 65. To place that in perspective, China’s NGOs had an 84 percent trust rating (see graph above). On the other hand, there were dramatic drops in the UK (16 points), Hong Kong (17 points), and China (12 points). Globally:

Trust in government actually inched up from 45 to 48 percent, but the report accounts for this phenomenon by explaining that the more general numbers were lifted by some enormous gains in a few locations, including India, which recorded a nearly 30 percentage point gain; Russia, with a 27 percent gain; and Indonesia, with a 19 percent gain. 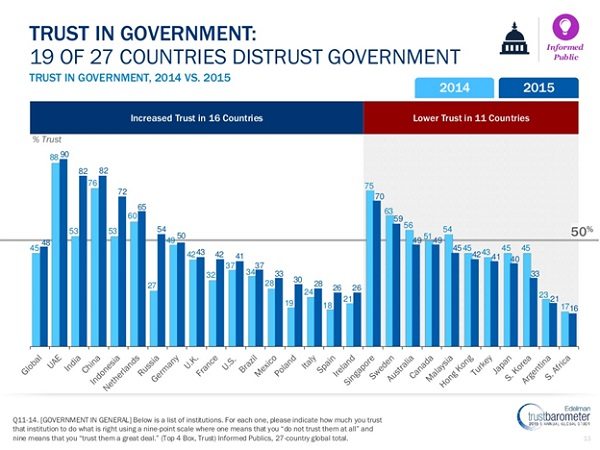 And despite the rise, in the U.S., government is still the least trusted institution among the four and NGOs are still the most trusted.

Of course, trust may be more than it is cracked up to be; witness Russia’s increase of trust in government during the past eventful year, recorded above at 27 percentage points—a 100 percent increase.

Trust in business in the U.S., according to this report, is at 60 percent.

This report makes some interesting observations about the relationship between trust and integrity and engagement, but we will cover that tomorrow.—Ruth McCambridge