Turkey Online: The Dangers of Minecraft and the Positives of Twitter 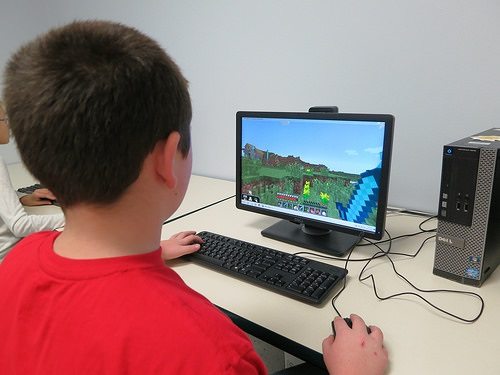 As NPQ’s Shafaq Hasan noted in last week’s coverage of the #NetGain program at the Ford Foundation, social media is an avenue for expression and communication made available to people in the street—to activists and protestors, to educators and communicators—and not just the well-heeled and powerful. That’s why news like the continuing struggles of social media users in Turkey catches our attention, as governmental efforts to choke off social media are transparently attempts to stanch free speech and dissent.

Last week, Turkey’s family and social policies minister, Ayşenur İslam, said he wanted to investigate whether the game “Minecraft” promoted aggression and celebrated violence against women. It’s a concern that even critics of violent online games never considered, given that Minecraft isn’t widely viewed as a violent game. Dr. Andrew Przybylski, an experimental psychologist and research fellow from the Oxford Internet Institute at Oxford University, was quoted in Newsweek to say, “Thinking of investigating Minecraft for being violent is the equivalent of ordering an investigation into violent Lego playing.”

There may be a little knee-jerk anti-Internet conditioning in the minister’s concerns about Minecraft. For a putative parliamentary democracy, Turkey under President Recep Tayyip Erdoğan has been rather hostile to some forms of social media, particularly Twitter, which the Erdoğan government banned last spring after media recordings that appeared to implicate Erdoğan and his advisors in a corruption scandal were spread by Twitter users. Although the Turkish courts forced the government to end its Twitter ban, the president has been slow to warm to tweets. In August, for example, he said that social media was a “knife in the hand of a murderer” and proclaimed that he doesn’t “tweet” or “schmeet.”

Perhaps, despite the official suspicions of the dangers of Minecraft, Turkey’s Twitter chill may be receding. A day before the Minecraft warning, President Erdoğan sent his first-ever tweet, or at least the first official one from his official account, @RT_Erdogan—an account previously used by Erdoğan supporters, but in this case signed “RTE” to signal that it was, according to his public communications head, Mucahit Kucukyilmaz, really “his Excellency’s own account” with a tweet directly from him.

Interestingly, President Erdoğan used the occasion to send a tweet that was much like the tweets of many nonprofit advocates: On Turkey’s national anti-smoking day, Erdoğan tweeted, “Get a grip of yourself against this poison” and used the hashtag #SigarayaTeslimOlma, which means, “don’t give in to cigarettes.” Maybe the president is starting to understand some of the positive utility of Twitter, as the last time we looked, his tweet had 22,028 retweets and 28,008 favorites.

Nonetheless, in the wake of the killings at the Charlie Hebdo offices in Paris, a Turkish court last month banned access to a couple of online news services that it said were going to show the Charlie Hebdo magazine cover with the image of the Prophet Mohammed. In addition, although the secular Turkish newspaper Cumhuriyet chose not to reprint the Charlie Hebdo cover, it did reprint some pages from the latest edition of Charlie Hebdo as a statement of solidarity, which prompted Turkish police to stop and search Cumhuriyet trucks. Despite government hostility to the reprinting of anything, visual or not, associated with Charlie Hebdo, the hashtag #ÜlkemdeCharlieHebdoDağitilamaz (“Charlie Hebdo cannot be distributed in my country”) became wildly popular among Turkish Twitter users.

Later in January, another Turkish court threatened to shut down Twitter unless Twitter blocked the BirGün newspaper’s posts of documents concerning another government action, this one concerning the government’s intelligence services. The online source Engadget said that Twitter actually had agreed to delete individual posts, but that apparently didn’t satisfy the Turkish court in question. Twitter seems to be the government’s bête noire, though apparently governmental enmity extends to Facebook. The New York Times reported late in January that Facebook had agreed to block Turkish users’ access to pages that the Turkish government contends had insulted the Prophet Mohammed.

Remember that in 2014, Turkey ranked 154th in the World Press Freedom Index, behind Kyrgyzstan (97), Uganda (110), Tajikistan (115), Venezuela (116), South Sudan (119), Afghanistan (128), Zimbabwe (135), Myanmar/Burma (145), Russia (148), and Iraq (153). Perhaps President Erdoğan’s recent foray into the Twittersphere will teach him that the effective use of social media for messages such as his anti-smoking campaign is a two-way street: Social media works best when it is restricted least.—Rick Cohen