Twitter Activity from Federal Agencies Much Muted during Shutdown 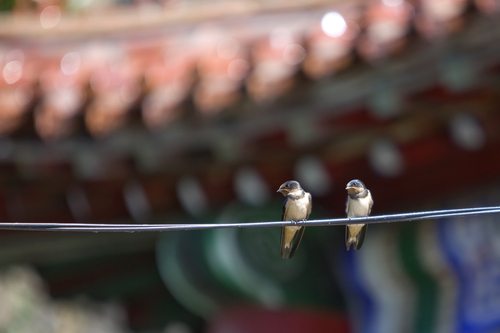 Most federal agencies have stopped maintaining their online presences since the shutdown, leaving websites without updates and social media accounts vacant.

Twitter activity across government accounts has decreased by 35 percent, and Nextgov published a graph from social media consultancy Measured Voice that shows how activity has declined throughout most organizations, excluding the U.S. bankruptcy courts and NOAA’s increase in activity. (NOAA has mainly increased tweets due to Tropical Storm Karen, as well as recently expanding the agency’s amount of Twitter handles.) Most federal accounts reflect the activity of the Environmental Protection Agency; once the shutdown went into effect, social media went dark. See the graph below: 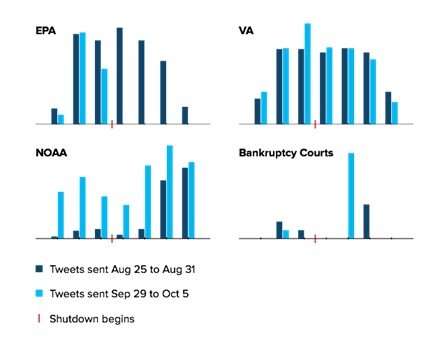 FAFSA, the Library of Congress, the Federal Trade Commission, CDC Emergency, USA.gov, and ONC have also stopped Twitter activity completely since the shutdown. NASA even reached the milestone of 5 million twitter followers on Monday, yet no one was on staff to celebrate. With approximately 98 percent of its staff on furlough, Twitter may be the least of NASA’s concerns.—Aine Creedon