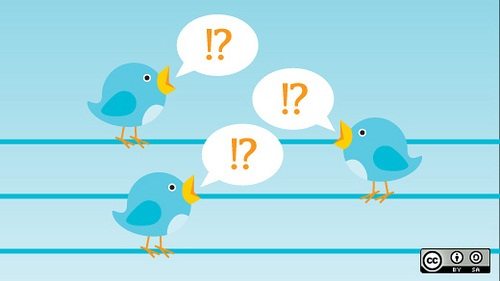 Does the reaction to major events on Twitter generally reflect public opinion overall? Not according to a recent Pew report. The reason seems fairly obvious. According to the authors of the study, “Much of the difference may have to do with both the narrow sliver of the public represented on Twitter as well as who among that slice chose to take part in any one conversation.” According to IBN Live, “the year-long Pew study compared social media data with public opinion surveys focused on eight major American news events,” and in most instances, the tweets did not jibe with public opinion. 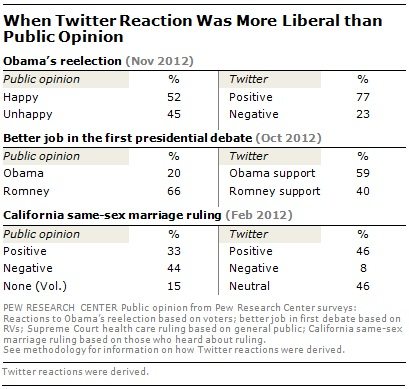 As you can see, the February 2012 U.S. federal court ruling that found a California law banning same-sex marriage unconstitutional drew a Twitter reaction that was 46 percent positive and only eight percent negative. However, public opinion surveys found that the general public’s response was 44 percent negative and 33 percent positive.

The Pew researchers found, in fact, that the demographics of social networking sites, including Facebook and Twitter, is younger and largely more Democratic leaning than the general public as a whole. However, that bias is not always glaringly obvious, as the researchers reported that the “reaction on Twitter to Obama’s second inaugural address and his 2012 State of the Union was not nearly as positive as public opinion.” 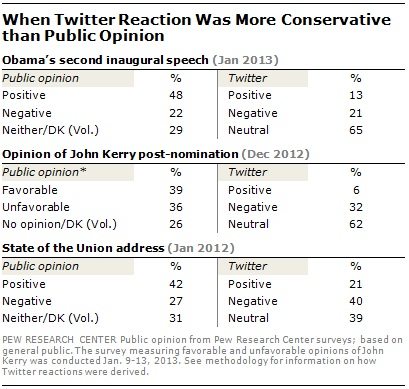 In two of the eight events that the Pew Center tracked, the Twitter reaction did reflect public opinion. Those events were Republican presidential candidate Mitt Romney’s selection of Rep. Paul Ryan (R-Wisc.) as his running mate and the Supreme Court’s ruling on the overhaul of the U.S. health insurance system mandated by President Obama’s Affordable Care Act. –Ruth McCambridge