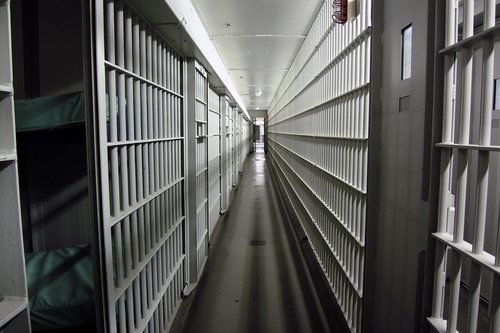 With hundreds of prisoners in the fourth week of a hunger strike in California, Eric Holder at the Justice Department talking about the need to undo mandatory minimum sentencing for offenses that are nonviolent, and a bipartisan effort on the federal level emerging to reduce prison overcrowding, we are suddenly seeing the overdependence of the United States on prisons called into play.

The inmates refusing to eat in California are protesting prolonged or indefinite periods of solitary confinement— the kind of treatment that international human rights groups have called torture. As of December 2012, almost 12,000 prisoners were being held in some kind of isolation in that system, and more than 3800 of them were in 7 x 12 cells for an indefinite term.

Prisons and sentencing have been a “hot potato” for years for any politician who wished to do anything but call for stricter measures. But with recent decreases in the rates of violent crime, and increasing call on scarce public funds, imprisonment in general seems to have moved to a front burner. For now, pending legislation, Holder has announced that the Justice Department will change its prosecutorial tactics to sidestep mandatory minimum sentencing rules. On another issue, some might see such executive fiat as provocative, but there is already a surprising amount of bipartisan support in Congress for such a change.

Sen. Rand Paul (R-KY) said, “I am encouraged that the President and Attorney General agree with me that mandatory minimum sentences for non-violent offenders promote injustice and do not serve public safety. Patrick Leahy (D-VT) said in a statement he is happy to see that Holder and the Justice Department “have joined the growing chorus from across the political spectrum that questions this one-size-fits-all approach.”

The Senate Judiciary Committee will hold a hearing on mandatory minimums in September, while the House Judiciary Committee has convened an Over-Criminalization Task Force, led by Reps. James Sensenbrenner (R-WI) and Bobby Scott (D-VA) to review federal criminal regulations.

Holder acknowledges the energy from both parties behind reform. “Such legislation will ultimately save our country billions of dollars,” he said. “And the president and I look forward to working with members of both parties to refine and advance these proposals.”

For many who have been involved in opposition to mandatory minimum sentences back when it was unpopular, the situation is a bit surreal.—Ruth McCambridge