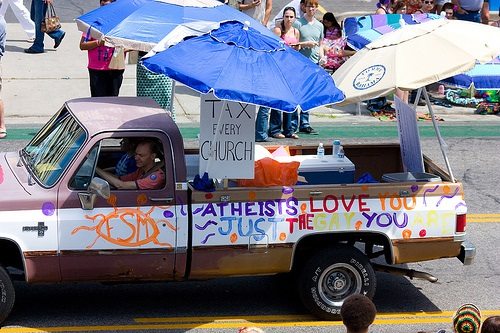 On December 20, lesbian and gay Utahans got a surprise holiday gift from U.S. District Judge Robert J. Shelby, who ruled that the state’s ban on same-gender unions was unconstitutional. Hundreds of couples rushed to get marriage licenses, resulting in what Salt Lake City Mayor Ralph Becker called a “thrilling pandemonium.” Within a week, close to 1,000 marriage licenses were issued to gay couples, easily shattering records and providing counties with thousands of dollars in revenue.

The ruling caught conservative Utah by surprise, and state lawyers scrambled to halt marriages, asking both Shelby and the 10th Circuit Court of Appeals for an emergency stay as Shelby’s decision was being appealed. The requests were not granted, prompting the state’s Attorney General’s office to ask the U.S. Supreme Court to step in.

On Monday, the nation’s highest court took away the gift of legal unions from same-sex couples who were about to get licenses and left those who got married during the past two weeks in legal limbo. The justices gave no indication which argument convinced them to halt marriage equality in Utah or who among them dissented.

Opponents of the freedom to marry may count this as a victory, but the tide has long turned. Not counting Utah, 17 states and the District of Columbia have sanctioned unions for couples who happen to be of the same gender. A majority of Americans view marriage equality favorably. Moreover, in states all across the union, lesbian and gay couples are fighting in the courts for their right to marry. However the U.S. Supreme Court rules in Utah, there are many cases in the pipeline. It can only get messier. In time, though, all couples will be recognized, not by their biology but by their love and commitment.—Erwin de Leon