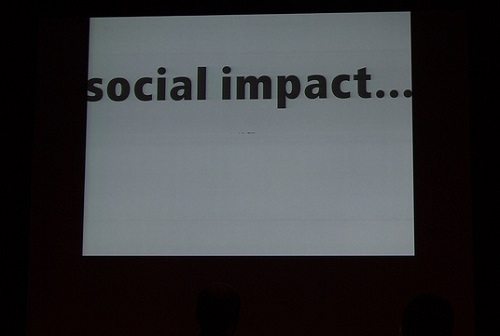 The last time we heard Nick Hurd speak in the U.S., it was at the Hudson Institute’s Bradley Center for Philanthropy and Civic Renewal in a dialogue with the inestimable Bill Schambra. At that time, Hurd was the charities minister in the government of Prime Minister David Cameron and was in the U.S. giving a detailed discussion of the upside of Social Impact Bonds, the financial innovation first tried in the U.K. in the Peterborough Prison project aimed at reducing recidivism.

Although Hurd offered a number of cautions about the limitations of SIBs, he nonetheless lauded investors interested in a “double bottom line” and concluded that in the UK and in the U.S., “there is, again, a lot of momentum around Social Impact Bonds, and there is a healthy set of issue areas where we think Social Finance can really advance social good, and also draw in capital from impact investors.”

Now out of the Cameron cabinet and functioning as a Conservative Party Member of Parliament, Hurd recently voiced a somewhat different take on SIBs. At a Westminster Hall debate on social economy, Hurd declared that Social Impact bonds were “clunky, take too long, and are too expensive to set up.” It isn’t that Hurd has abandoned innovation in social finance. To the contrary, he described SIBs as a kind of instrument that it intended to create “space for social innovation in a system that is risk-averse,” but that SIBs “are at the bottom of the S-curve of the development of that instrument.”

At his January 2013 discussion with Schambra, Hurd outlined four considerations for making SIBs useful. Two of the four seem to be behind Hurd’s description of SIBs as “clunky.” At Hudson, Hurd said that for SIBs to work, “the economics have to be there, meaning that the value created from the system has to be larger than the cost of the intervention itself.” And, he added, “we want to protect against perverse incentives and unintended consequences.”

When do financial innovations in the social sector really work, to the point that they add significant value beyond traditional funding schemes? That’s really one of the major limitations currently in the SIBs debate. Their promoters are hot and heavy with public relations about the hitherto dubious argument that private business can be a superior alternative to government and nonprofit in the production of social value. But public relations doesn’t make the case, especially when the PR often comes from the consultants and intermediaries with anticipated financial stakes as the all but indispensable middle-men who will—at some cost—facilitate the matchmaking and perform the marriage ceremonies between private investors, the social programs they will invest in, and the government agencies that will pay for program costs, intermediaries’ costs, and the investors’ profit in successful SIBs.

And when do financial innovations lead to “perverse incentives and unintended consequences”? Much of U.S. governmental programming is conducted through financial incentives to induce behavior and investment on the part of private sector players. The widely used Low Income Housing Tax Credit program and the New Market Tax Credit program are examples of government tax incentives to promote private sector investment in affordable housing and inner city economic development, both of which could have been supported by direct governmental expenditures as opposed to indirect federal inducements. They have been widely adopted and have produced many positive outcomes in needy communities, but there are questions about their efficiency (the proportion of the tax credit dollar that actually gets deployed toward the social end), their benefits to intermediaries (including tax credit syndicators), and their consequences (for example, tax credit investors’ preference for senior citizen housing as opposed to family housing).

Like SIBs, where Goldman Sachs is in line to receive a hefty profit (enhanced by a generous guarantee from Bloomberg Philanthropies) from its investment in the Rikers Island ABLE project, questions about the return on investment to private corporations that purchase LIHTC tax credits lead to legitimate discussion of how much of a return is too much—and potentially too perverse.

As experienced by some nonprofits, there are governmental programs themselves that are “clunky” and “take too long” to get going to respond to community needs. If SIBs end up adding to the clunkiness, they may be attractive to the promoters of SIBs who anticipate that they will be the deal-makers able to earn a percentage of the investment, but they will need a lot of work before they make the grade as a significant advancement over what government and nonprofits know how to do and, despite the anti-nonprofit language of some social entrepreneurs, do well—implement social programs to benefit people and communities in need.—Rick Cohen